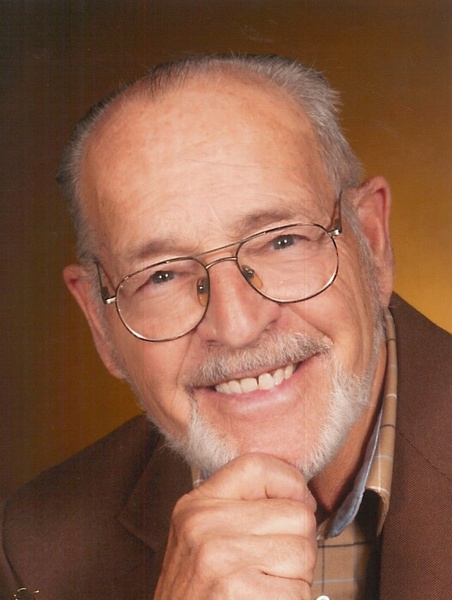 He was born in Pittsburgh, Pennsylvania on December 17, 1929.

He served in the United States Air Force retiring as a SMSgt in 1969 after 21 years of honorable service.  After retirement he worked as Administrator of the Surgical Department for the University of Nebraska Medical Center at Omaha.  He also ran a small newspaper distribution business before moving to Cheyenne in 1980.  He worked with the DePaul Hospital Maintenance Department and later managed both the Plains and Downtowner Hotels.  Once completely retired he spent several years working with Habitat for Humanity in California and New Mexico.  After returning to Cheyenne, he pursued a year’s long interest volunteering with archaeological digs in southeast Wyoming.  He also continued his passion, volunteering to help whenever and wherever he could. He spent his life in service to others.  He spent much of his volunteer time at the Salvation Army kitchen, working with his church or supporting the American Cancer Society Relay for Life.  One particular volunteer project he started while still in the Omaha area that was especially meaningful to him was volunteering his labor to help the elderly with home repair projects on weekends and would simply ask them to compensate him with cookies.  When the local newspaper caught wind of his efforts, they wrote a feature article about all his work and dubbed it the “Cookie Brigade.”  All the years his sons were growing up he was involved with Boy Scouts, serving as Scout Master, leading his troop on many exciting adventures and also coached his daughter’s softball team. He loved to travel and spent many memorable winters with Geraldine and special friends in Lake Havasu City, AZ.

Services will be Tuesday, June 28, 2022, at 10:30 a.m.  Interment will be at 1:00 p.m. at the Cheyenne Veterans National Cemetery.  Services are entrusted to Schrader, Aragon and Jacoby Funeral Home, 2222 Russell Avenue, Cheyenne, Wyoming 82001.  Friends who wish may contribute to Habitat for Humanity.

To order memorial trees or send flowers to the family in memory of James Gross, please visit our flower store.