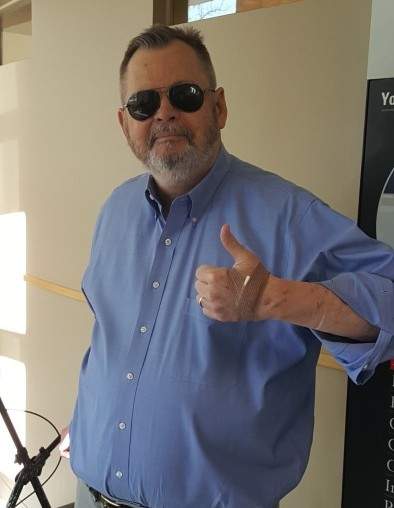 In addition to his parents, he is preceded in death by his brother Dwight “Skip” Manley Jr., and his sisters-in-law Shirley (Skip) & Rosemary (George) Manley. Jim is survived by his loving wife, best friend, and partner of 46 years, Marilyn (Erickson); his brother George Manley of Ohio; his sisters-in-law Sue Ellen Sanborn and husband David of New Hampshire, Shirley Wilkes and husband William of North Carolina; his children Michelle Boughton of Colorado, Kevin and wife Lisa Boughton of Virginia, Jennifer and husband John Kline of Florida; nine grandchildren, Nicholas and wife Chelsea Boughton of Hawaii; Alexander and wife Brianna Boughton of Minnesota; Stephanie Wood and fiancé Derek LeBlanc of Colorado; Jessica Wood and her partner Bruce Perry of Kansas; Ryan Day, his step-sister Quinn, and their father Pat Day of Colorado; Gabrielle and Kaitlyn Kline of Florida & their step-siblings Jordan Kline and Jennifer Scott of Alabama; Great-Grandson Patrick Boughton of Hawaii; and numerous cousins, nieces, and nephews.

Jim was an enthusiastic alumnus of “The Ohio State University” and enjoyed playing pool, basketball, and racquetball with his children and grandchildren in his younger years. An amateur historian, military history buff, backyard astronomer, and a lifelong train enthusiast he was always ready to share a well-researched story or two. Jim enjoyed traveling and never missed an opportunity to visit museums and obscure historical sites across the United States and the world. He loved to tell his grandchildren about his many adventures and enjoyed including them in his travels.

Jim joined the Air Force in 1967 right after graduation from college. During his 24 years of service, Jim held many essential and significant positions. In 1969, he provided Space Weather support to the Apollo 11 Moon landing from the Cheyenne Mountain Complex near Colorado Springs, CO. In the early 1970’s he served at both the Air Force Solar Observatory in Teheran, Iran, and Athens, Greece. In 1983, he served as a site implementation director for the Over-The-Horizon-Backscatter (OTH-B) Radar system a critical Cold War early warning capability at March Air Force Base (AFB), CA. Jim completed his career at the Los Angeles AFB where he served as a space systems acquisition professional on the Milstar joint service satellite communications system that provides secure, jam-resistant, worldwide communications to meet essential wartime requirements for high priority military users. After retirement from the Air Force, he went on to have a long career in the government as a defense contractor and later as a manager and engineer at the National Oceanic and Atmospheric Administration’s Cooperative Institute for Research in Environmental Sciences at the University of Colorado Boulder. In addition to his successful career, he enjoyed spending time mentoring colleagues, young professionals, and students.

A funeral service and burial will be held in Ohio on Friday, April 15, 2022, at 1130 at the Zak-Thacker & Monbarren Funeral Home, 132 N. Portage St., Doylestown, Ohio 44230.  Burial to immediately follow at the Ohio Western Reserve National Cemetery.  Calling hours will be held on Friday from 1030 a.m. until time of service.  Immediately following the burial service a reception will be held at the Firestone VFW Hall, 690 W Waterloo Rd, Akron, OH 44314.

To order memorial trees or send flowers to the family in memory of James Manley, please visit our flower store.