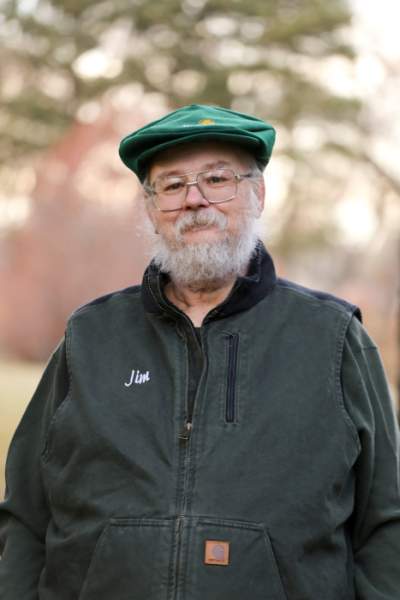 James "Jim" William Collins, 67, loving husband and father completed his courageous battle with cancer on Thursday, December 24, 2020.  Born on July 21, 1953 in Laramie, Wyoming, Jim was the third child of James William and Della "Maxine" (Hayden) Collins.  A 1972 graduate of Laramie High School, JW followed in his father and grandfathers’ steps and joined the Union Pacific Railroad.  He worked as a conductor for the UPRR for well over 30 years.

Jim enjoyed hunting, fishing, woodworking and tinkering around in his large shop.  In his retirement years, he loved spending time at his perfect getaway, Spook Hollow.  He loved music, laughter, his old car and his dogs.  Jim was a member of the Cheyenne Church of Christ, BPOE Lodge 660, ALCO Rod and Gun Club and a past president of the Union Pacific Employee's Club #1.

Family was the great joy in Jim's life.  In 1977, he met the love of his life, Gayle Olson.  They were married on November 5, 1983 and he dedicated his life to adoring and caring for her.   Their family was completed by the arrival of two daughters who were his pride and the light of his life.  He is survived by his wife Gayle; daughters and sons-in-law, Jamie and Nick Gronski, and Morgan and Bryan Holgate; 3.9 grandchildren; his sister, Colleen Maroney; sister and brothers-in-law, Shelley and Mark Allen, Guy Olson and Mark Olson.  He was preceded in death by his parents; brother, Gary Collins and sister, Sharon Schneider.

Arrangements are under the care of Schrader, Aragon and Jacoby Funeral Home.

Due to the current health situation and at Jim's request, a private service will be held.  A livestream of the service will be available on Wednesday,  December 30 at 11:00am at https://www.facebook.com/cheyennecoc/ .

Jim spent his life giving to those he loved and the causes that were important to him.  In lieu of flowers, please consider a donation to Mountain States Children's Home or a charity of your choice.  His kind and giving spirit will never be forgotten.

To order memorial trees or send flowers to the family in memory of James "Jim" Collins, please visit our flower store.