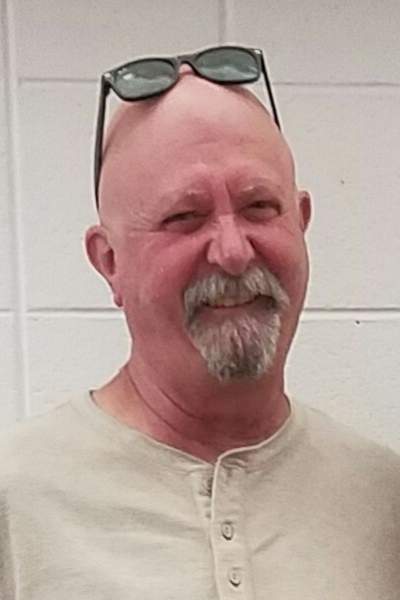 Jan Christopher (2-Tall) Arnold, 68, was blessed with his passing on Wednesday, June 29, 2022. Born on January 24, 1954 in Columbus, Ohio, son to June and Carl Arnold, he was a loving son, brother, husband, father, cousin, grandfather, and great-grandfather.

After graduating with the high school class of 1972 in Findlay, Ohio, he enlisted in the Air Force in 1975, serving for 4 years. During that time, he married Connie Sweet and was blessed with his two children Heather Arnold (Patterson) and Nathan Arnold. He was discharging from the Air Force in 1979 with some uncertainty about what was next for him. At that time, he sought advice from his wise Uncle Hap (Howard Arnold), who encouraged him to move to Wyoming and transition from enlisted Air Force to the Air National Guard. He moved his family to Cheyenne and enlisted with the Air National Guard in 1979-1980 as a Traditional Guardsman working Wells Fargo Armor Car Service full-time. He then started his full time Civil Service job, in 1980, at the Wyoming Air National Guard as a hydraulic technician.

He was honored to serve in the Wyoming Air National Guard for 34 years. 2-Tall was very proud of his years of service, especially his time as Chief Master Sergeant from 2002 until his retirement in 2010. During his years of service, he saw much of the world and earned too many service medals and honors to list here. Throughout his long career with the Guard, he was extremely conscientious about his work. In fact, he often said he would rather fly on a C-130 than on a commercial flight because he knew he and his crew had repaired the C-130s properly. While he was serious about his job, he always had a joke and loved to pull pranks on his fellow guard members. It was often hard to tell if he was genuinely upset with you or if he was “yanking your beezer.”

On Cinco de Mayo 1990, he met the love of his life, Roxie, while at a hot air balloon safety seminar. They had 32 years of adventures together, many of them involving their personal hot air balloon, Sierra. When they traveled to hot air balloon rallies, they made life-long friends and often felt like they were coming back to family every year. Later, after they both retired, they traveled the country with their fifth-wheel trailer visiting lots of the national parks and became snowbirds for several years. Through their travels, they fell in love with Arizona and decided they wanted a permanent landing spot in Congress, Arizona where they also have many friends.

With Roxie came three “bonus” children, Kimberly (Werbelow), Kerry (Griffith), and Kellie (Burns). He became a second father to Kellie who loved him dearly. His children gave him numerous grandchildren, with whom he was a prankster and their beloved Papa, and he recently became a great-grandfather to his namesake, Emily Jan Brown.

2-Tall was a kind and generous man who was a friend to many and loved by those who knew him. He was proceeded in death by his uncle and aunt Howard (Hap) and Ginny Arnold, his mother June Arnold, uncle Tom Jahn, uncle Larry Hampton, and his grandson Damian Oakley. He is survived by his wife Roxie; his father Carl; favorite sisters fav Melody Heath (Gary), fav Cinda Triplett (Trip), and fav Jenni Thiry (Todd); his daughter Heather Patterson (Jason) and son Nate; bonus daughters Kim Werbelow (Scott) and Kellie Burns (Travis) and bonus son Kerry Griffith; grand-chicks Helana Griffith, Holbie Brown (Mark), Shayly Starks, and Max and Aubrey Burns; grand-dudes Michael Holbert, Evan Arnold, and Tristan and Jove Patterson; great-grand-chick Emily Jan Brown; Cousins Bill and Barb Arnold; as well as many other aunts, cousins, nieces, and nephews.

There will be Military Honors at the Wyoming National Military Cemetery, off Roundtop Road, on August 12, 2022, at 11:00 am. A Celebration of Life will follow at the King of Glory Church on North Yellowstone Road, Cheyenne, Wyoming. In lieu of flowers, please donate to your favorite charity in 2-Tall’s name.

To order memorial trees or send flowers to the family in memory of Jan Christopher Arnold, please visit our flower store.