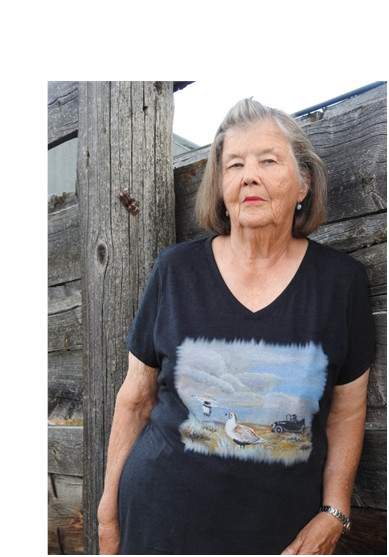 On November 18th, Janel Jensen passed away in Cheyenne of ovarian cancer with her two daughters holding her hands.  Janel was born in Scottsbluff, Nebraska on November 16, 1942 to Margaret and George Abe Foster.  Her folks later moved to little Cottonwood north of Wheatland.  She attended school in Guernsey and later went to high school in Wheatland.  Janel was active on the livestock judging team: Job’s Daughters and was a rodeo queen.

In 1965, she married Carl Jensen who was employed with the Boeing Company.  She traveled extensive with Carl all over the United States.  Carl later quit Boeing and they farmed and ranched in Platte County.  Janel was active in garden club, loved fishing, birdwatching and feeding the chickens.  She had a rural mail route since 1983 up until the time she died and she enjoyed it.  Janel is survived by her husband, Carl; daughters, Emily and Margaret; and son in law, Brian.  She also is survived by her brother, Lynn Foster; aunt, Shirley Miller along with numerous cousins, nephews and nieces.

Janel was cremated and a service will be held in memory of Janel at a later notice.  Donations in memory of Janel Jensen can be made for a cast iron bench for downtown Wheatland or the parks.  The Jensen family will take care of it.

To order memorial trees or send flowers to the family in memory of Janel Jensen, please visit our flower store.