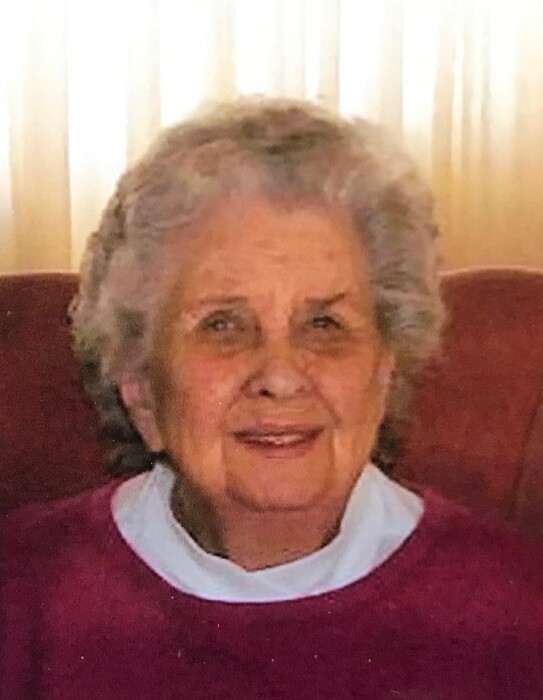 A Celebration of the life of Jean Rennard Williams will be held 11:00 a.m. Tuesday, July 28th in the lakeview Chapel at Schrader, Aragon and Jacoby Funeral Home.  Jean passed away peacefully holding the hand of her husband of nearly 66 years the evening of May 5, 2020.

She was born May 15, 1934 to Robert E and Shirley (Brummett) Rennard in Cheyenne Wy.  Her parents named her Francis Jean but in the first grade she introduced herself as Jean.  Her teacher made a comment to the principal, who happened to be her Dad that it was nice to have Jean in the class.  She has been known as Jean by family and friends since that day.

Jean was an excellent student wherever she attended school. In 1941, her father, Captain Robert E. Rennard, was activated in support of WWII.  His responsibility was to inspect Army troops for readiness prior to their deployment overseas.  This required frequent relocations to multiple forts from 1941 – 1945.  The family accompanied him.  Jean and her brother Bob attended two or three different schools each year in different states during that time.  Because of Jean’s strong academic abilities, she was able to advance a full grade level.  After her father’s promotion to Colonel and completion of General War College in 1946, the family returned to Cheyenne.  Jean graduated from Cheyenne High School, Class of 1951, the same month she turned seventeen.

After a year at Colorado Woman’s College in Denver, Jean returned to Cheyenne and accepted employment at the V. A. Hospital.  It was there she started dating another Cheyenne High School, Class of 1951 graduate, Robert W. Williams (Bob).  He was already employed in the Supply Division of the hospital.

They dated steadily until Bob was activated in support of the Korean War and sent to sea. He returned when the ship was drydocked in Long Beach CA to get married, June 9, 1954.  They moved to Long Beach and then San Diego CA where Bob finished his commitment to the U.S. Navy.  Jean and Bob returned to Cheyenne soon before the birth of their first child.  They have resided in Cheyenne since that time.

Jean’s working career was all within the Federal Government:  The V. A. Hospital, F.E. Warren AFB and the Internal Revenue Service.  Jean had a very strong work ethic.  She worked tirelessly at the Internal Revenue Service for 23 years.  She was a taxpayer services specialist.  In that role, she assisted countless individuals with their tax questions.  She traveled the state holding seminars updating CPAs on tax law changes each year.  Because of her extensive knowledge of tax law, one of her responsibilities was to monitor the national IRS “hotline.”  She posed as a taxpayer asking questions.  She would write an evaluation of the calls and recommend additional training as needed.  Even after retiring in 1992, she continued to volunteer for VITA for several years.

Jean was a dedicated wife and mother.  She was a homemaker when her children were young.  She made sure they knew that school was their priority.  She would say it was her job to cook and clean the house.  She made sure her three daughters were involved in Brownies, 4-H, Job’s Daughters, Sunday School and school activities.  Jean often served as the adult leader for activities such as Guardian of Job’s Daughters Bethel No. 42, longtime leader of the Buttons and Bows 4-H Club and Sunday School teacher in the elementary grades.  Jean set high expectations for her daughters and provided many opportunities for each of them.  She was always there to assist and encourage along the way.  She and Bob prioritized their daughter’s education, ensuring that each of them graduated with their college education debt free.

Jean was the center of the family. She organized the house, the finances, the family gatherings and celebrations.  She was always thinking of others before herself, never expecting anything in return.  Jean’s favorite pastime was shopping.  In her later years, she perused countless catalogues for just the right gifts.  She bought for those on her list well in advance but always made sure that everything came out equitably in the end.  She modeled fairness in her life every day.

Please join us in celebrating her life in a properly socially distanced setting.  Donations may be made in her honor to the Laramie County Community College, where a memorial scholarship will be established in her name.

To watch the livestreaming of her service and to offer condolences please visit the website at www.schradercares.com.

To order memorial trees or send flowers to the family in memory of Jean Williams, please visit our flower store.