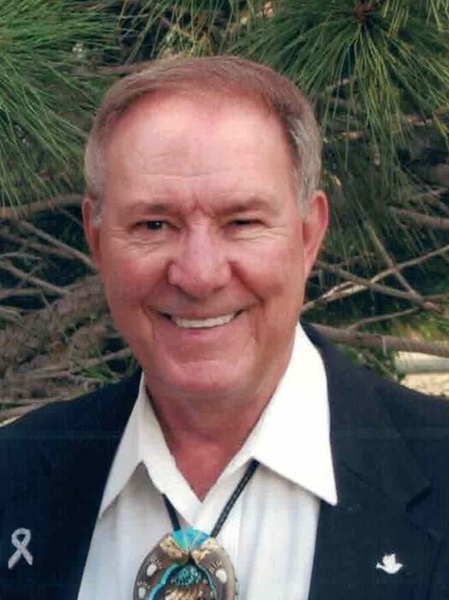 Jerry graduated Central High School in Cheyenne (class of “53”) and enlisted with the Air National Guard the same year. He began calling Square Dances in 1956 as a passionate side job.  In 1967 he left his job with the Air National Guard to pursue his dream of calling full time. He “took to the road” and during the years that followed he called in all 50 states, the majority of the Canadian Provinces, China, Australia and Europe. In 1972 Jerry became a charter member of CALLERLAB served on its Executive Committee and was a member of its Board of Governors for almost a decade.

In 1973 he became a winter instructor and caller in the Rio Grande Valley of Texas along with teaching and cueing rounds.  At that time there were no other callers in the area doing the full program.  Within 10 years there were almost 50. He maintained his permanent residence in Wyoming and continued to tour during the summer months.  Jerry retired from calling in 2010.

Among many recognitions throughout his career, including 3 Gold Records, the Milestone Award with CALLERLAB in 1982 was his most honored.

Jerry married his high school sweetheart Sherry A. Trout on February 6, 1955.  They had two children Kari M. Moss of Cheyenne and Kelli A. Haag of Denver, CO.

There will be a private family service.

To order memorial trees or send flowers to the family in memory of Jerry Haag, please visit our flower store.