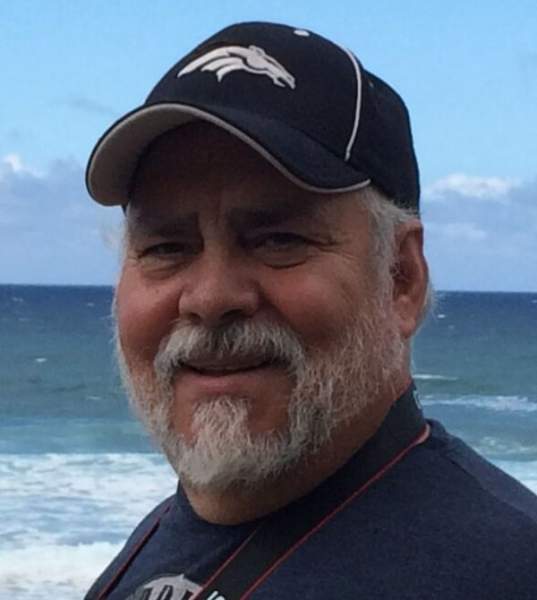 Joe was a life-long resident of Cheyenne and member of the Catholic Church.  He graduated from Cheyenne Central High School in 1964.  A proud U.S. Navy Veteran he served both Active Duty and Reserves, retiring from the Reserves in 1990 as a Storekeeper First Class.

Following his active-duty service, Joe returned home where he would eventually meet the love of his life and wife of over 46 years, Terri. Joe worked for APW Wyott and the Union Pacific Railroad before finding a rewarding career with the Department of Defense at F.E. Warren AFB.  He retired as an Environmental Protection Specialist in 2019 with over 34 years of federal service.

Joe was an accomplished scale modeler and built everything (aircraft, ships, cars and model trains). He loved railroading and aviation, passions his sons would inherit. Joe was often found chasing vintage steam locomotives in and around Wyoming. He was always ready to see planes in action and especially loved attending airshows and visiting airbases or aviation museums around the county. He was privileged to be given tours by both his sons on the naval ships they served on. Joe loved the ocean, photography and was a skilled handyman. His ultimate passion, however, was his family.

A Vigil for the Deceased will be at 6:00 p.m. on April 11th in the Lakeview Chapel at Schrader, Aragon & Jacoby Funeral Home. The Funeral Liturgy will be held at 10:30 a.m. on April 12th at Holy Trinity Catholic Church with Father Carl Gallinger as celebrant.  Interment will follow immediately after the Funeral Liturgy at the Cheyenne National Cemetery. After internment there will be a Celebration of Life back at the Schrader, Aragon & Jacoby Funeral Home Reception Center.

In lieu of flowers, please consider making a donation in memory of “SK1 Joe Trevino, USN(Ret)” to the Gary Sinise Foundation at https://www.garysinisefoundation.org/donate or the United Services Organization (USO) at https://www.uso.org/donate/donate-in-honor .

From his family, “We wish you Fair Winds and Following Seas. Rest Easy, Sailor.”

To send flowers to the family or plant a tree in memory of Joe A. Trevino, please visit our floral store.

To order memorial trees or send flowers to the family in memory of Joe A. Trevino, please visit our flower store.