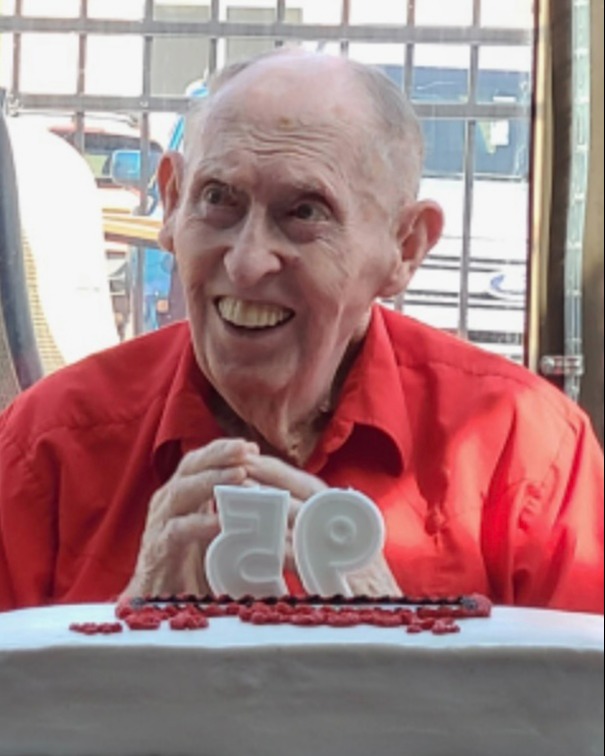 He was born March 19, 1927 to Floyd and Alice Lemaster. In Albin.  He was one of 8 children.  He devoted his life to farming and taking care of his mother.  Johnny and his younger brother, Gene, were inseparable.  They started driving red International tractors when they were 12 and helped their dad on the farm their whole life.  Johnny attended Albin School until the 8th grade Johnny enjoyed being with his family and friends.  After a long hard day Johnny liked his happy hour.  Johnny farmed for his dad, drove school bus for Albin and worked in potato fields in Albin for various farmer.  He also hauled sugar beets.

A Vigil for Deceased will be 6:00 p.m. Sunday in the Lakeview Chapel at Schrader, Aragon and Jacoby Funeral Home.  A Funeral Liturgy will be 11:00 a.m. Monday at St. Paul Catholic Church in Pine Bluffs, with the interment to follow in Olivet Cemetery at 2:30 p.m.

To order memorial trees or send flowers to the family in memory of Johnny Lemaster, please visit our flower store.