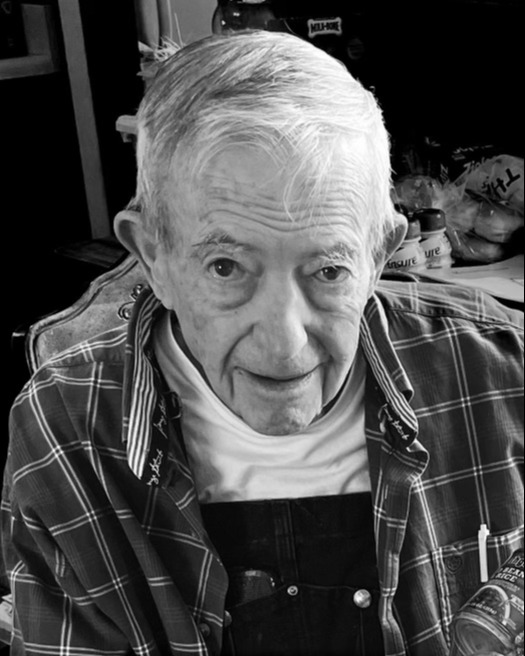 Jon was raised in the Colorado mountains in Granby and was a very busy child. His mother sent him to work at the Arapahoe Valley Ranch in the summer when he was only nine years old while his father was serving on the USS St. Louis during WWII. At the ranch, he worked in the kitchen and helped with livestock. He skied in the winters, invented a variety of contraptions, and was closely watched by his uncle Vern, the town marshal.

Jon’s mother was an English teacher, however, he never learned to spell well. He attended Colorado A&M University and earned a bachelor’s degree in civil engineering. After graduating, he started his professional career with the Bureau of Reclamation for a short time before serving in the US Navy. While in the Navy, he remained stateside and helped construct a satellite tracking station in the Arizona Desert.

After serving, Jon returned to Casper to work and met his beloved wife, Barbara (Bemis). She was the perfect wife for him, whether he knew it or not. Jon helped raise their three boys, his proudest accomplishment. Being a busy child himself, he knew the importance of keeping boys busy with an endless list of jobs. In lieu of allowance, starting pay was 25 cents an hour in 1972.

Jon spent most of his career with the Wyoming Game and Fish Department. As the chief engineer, he worked on a variety of projects including wheelchair accessible fishing docks, odorless outhouses, and fish hatcheries. He was very proud of the facilities he designed to house the black footed ferrets, a key element in saving them from extinction. Jon was active in the Association of Conservation Engineers and received the Eugene Baker Award for a career of outstanding service. After retiring from the Game and Fish, he worked for the Wyoming State Engineer for a few years researching water rights. Jon received several letters of accommodation from Wyoming governors and U.S. senators.

Jon was never “not busy.” He started collecting rocks as a boy and never stopped.  He was clearly a rock nut but also an accomplished lapidarist. Jon had a rock shop, woodshop and several facilities for auto work. His first and last cars, and many in-between, were Model A Fords.  He enjoyed restoration but loved buying and selling cars and parts.  Later in life, he collected license plates and knives with an emphasis on “wheeling and dealing”.  He would never pass up a garage sale.  Jon, with Barb’s help, built their grandchildren wooden toys, rocking animals, and doll houses.

A funeral service will be held on Friday, December 2, 2022 at 11:30 a.m. at Lakeview Chapel at Schrader, Aragon and Jacoby Funeral Home, 2222 Russell Avenue, Cheyenne, with a committal service to follow at Cheyenne National Cemetery at 1:00 p.m.

In lieu of flowers, please make a donation to the Cheyenne Animal Shelter in Jon’s name.

To order memorial trees or send flowers to the family in memory of Jon Stewart Ogden, please visit our flower store.