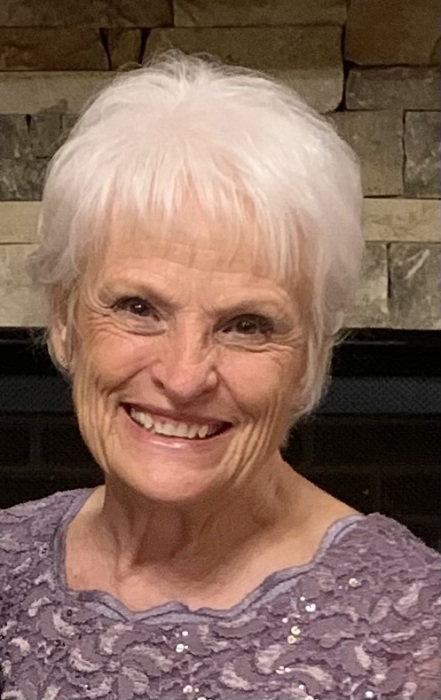 Judy Overgaag Grenier, 80, of Cheyenne, Wyoming passed away unexpectedly at her home on November 2, 2021.

Judy was born on May 14, 1941 to Bernard and Genevieve (St. Thomas) Overgaag in Billings, Montana. She lived her whole childhood in Greybull, Wyoming where she established deep roots and life-long friendships. Although money was tight for her family of 6, it taught her how to be resourceful and it developed in her a life-long value of sharing with those less fortunate than herself. She graduated from Greybull High School in 1959. Showing independence and a sense of adventure, she traveled across the country on her own at age 18, and began working for the FBI in Washington, D.C.

On May 13, 1961, Judy married Frederick Grenier. Judy and Fred began their married life in Needham, MA and later moved to Monroe, CT. where Judy was a homemaker raising their two daughters, Debbie and Darlene. Judy was a wonderfully creative mom who organized neighborhood parties, talent shows, and the “Chalk Hill Chatter” weekly newspaper written by the children of the neighborhood. In 1971, the family moved to Excelsior, MN where Judy volunteered at her daughters’ school, the public library, Newcomer’s Club and became her daughters’ troop leader for Girl Scouts. Having been a Girl Scout throughout her childhood, she was an incredible role model teaching young girls to be their best selves. The family then moved to McHenry, IL where Judy started developing her talents and exploring her own personal interests. It was there that she received her Associate’s Degree and later, her B.A. degree in Journalism and Public Relations from Northern Illinois University.

College was not an opportunity for her at age 18, but she fulfilled her dream of a college education as a non-traditional, older college student. She showed great perseverance and fortitude in commuting 90 miles a day for two years to earn her degree. She also earned her real estate license and helped many young people find direction in her role as a career counselor. After moving to LeClaire, IA in 1982, Judy launched her professional career as the Public Relations Coordinator for the Council on Children at Risk and was actively involved in the Mississippi Valley Girl Scout Council where she received recognition as a lifetime member of the Girl Scouts.

After living for a short time in Big Lake, MN, Judy moved to Cheyenne, WY where she was proud to return to her Wyoming roots. In Cheyenne, Judy was actively involved in numerous organizations including Capital Chorale, Newcomer’s Club, UW Extension Office and book club. Judy rekindled her friendship with Roger Nielsen, a high school friend. The couple hit the ground running and never stopped! For 11 years, they enjoyed amazing travels, incredible adventures and a shared passion for their high school reunions and the Wyoming Cowboys! Judy valued family above all else and relished her time with family at our family cabin in the Big Horn Mountains.

Judy will be lovingly remembered by her two daughters; Debbie (Steve) Simms and Darlene (Timothy) Mech and her four grandchildren: Joshua (Tori), Emily, Lauren and Mitchell. She is further survived by her loving companion, Roger Nielsen, her sister, Terry Overgaag Busch and her brother, John Overgaag as well as numerous nieces and nephews. She was preceded in death by her parents, Bernie and Gen and her sister, Connie.

A funeral celebrating Judy’s life will be held on December 4, 2021 at 10:30 AM at Holy Trinity Church in Cheyenne, WY. A luncheon will follow for Judy’s family. Memorials may be directed to Sacred Heart Catholic Church in Greybull, WY or the Girl Scouts of Montana and Wyoming (GSMW). A celebration of Judy’s life will also be held in Greybull, WY in the summer of 2022.

A life-long Catholic, she strived to live her faith on a daily basis. “Hard work was my virtue, laughter was my motto, and love was my being.”

To order memorial trees or send flowers to the family in memory of Judy Grenier, please visit our flower store.