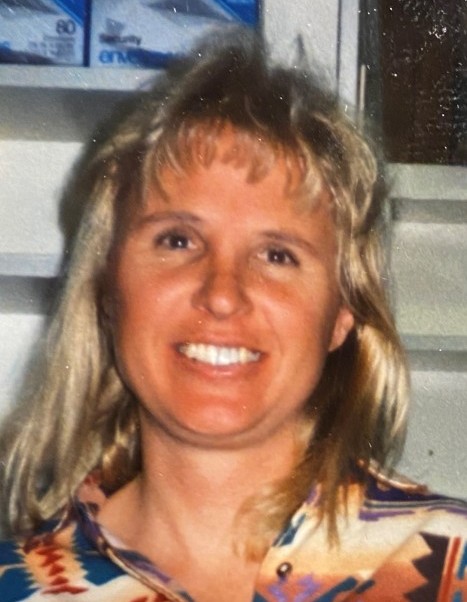 Denise was born February 7, 1961, in Cheyenne to Karen Wahl and Dennis Fogg.  She was raised on the farm and “had a grip like Popeye, a handshake that could bring you to your knees, and could milk a dozen cows before you could sneeze!” She graduated from Cheyenne East High School in 1979 and received a degree from the University of Wyoming in Animal Science. Denise married Bob Deselms on December 1, 1984. She returned to the University of Wyoming in 1986 and graduated from the College of Pharmacy.

Denise believed in working to live and had many interests outside of work. She loved caring for the animals at the UW livestock farm and eventually cared for many of her own animals as well. Denise enjoyed cross country skiing and was an avid bike rider. She took marathon bicycle trips from Alaska, Hawaii, and many points in between.

Denise worked for the City of Fort Collins on the farm and took care of the animals there. She later worked at Poudre Valley Hospital as a pharmacist, worked in retail pharmacy, and finally at McKee Medical Center.

A memory service will be celebrated on Friday, January 31, 2020 at 10:00 a.m. at Lakeview Chapel at Schrader, Aragon and Jacoby Funeral Home. An interment service will follow at the Burns Cemetery.

To order memorial trees or send flowers to the family in memory of Karen "Denise" Fogg Deselms, please visit our flower store.