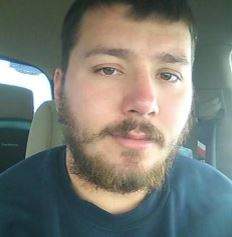 Kenny Jr. was born on March 26, 1992 in Pierre, South Dakota, the son of Kenneth Dean Rushing (Ken Sr.) and Jeannie Mary Provencial. Throughout his life, he was the pride of the family. Everyone looked up to him in many ways because of his calm demeanor, his caring heart, his sense of humor and his priority of family, friends and fellow soldiers above all else. He had an incredible ability to set goals for himself and overcome any obstacles or challenges that were in his way. Nowhere was this more apparent than in sports. In high school, he was on the football, basketball and wrestling teams. More recently, he discovered a love for the art of Brazilian Jiu Jitsu and devoted many hours to practicing it. He was determined and intelligent, blazing his own trail in life by starting his career with the U.S. Army. He participated in ROTC in high school, where he excelled beyond all other cadets in Wyoming to achieve the rank of lieutenant colonel. His military career began in earnest after high school. He started as a cadet, and through more than a decade in the military, he ended his service as a reserve officer. He was deployed to Afghanistan for combat as a saw gunner. His fellow soldiers are honored to have served with him.

He married his high school sweetheart, Danielle (Lacey) Rushing, and together they have two beautiful daughters, Mya Ann and Alayna Marie. He was a loving and patient father, and his kids were his everything. He was well known for taking good care of friends and family. His brothers, George, Devon, and Skyler saw him as a mentor. He was also raised alongside his first cousins, Jaslina, Alesia, Courtney and Chantille. He took it very seriously to make time for his children and family. He exhibited all the good qualities of both his mother and father, and they felt very blessed to have him. During his short time on this earth, Kenny Jr. left a legacy that will be long remembered by those that he knew.

A visitation will be held on Wednesday, January 12, 2022 from 10:00 a.m. to 12:00 p.m. at the Schrader, Aragon and Jacoby Funeral Home, 2222 Russell Avenue, Cheyenne.  A graveside service will be conducted at 3:30 pm on Thursday, January 13th at Riverside Cemetery in Pierre, South Dakota, with full military honors. The service can be viewed at www.isburgfuneralchapels.com.

To order memorial trees or send flowers to the family in memory of Kenneth Rushing, please visit our flower store.