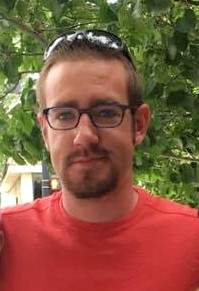 He was born June 4, 1984 in Cheyenne, graduated from Cheyenne East High School in 2002 and The Art Institute of Colorado in 2006 with his degree in Industrial Design.

After graduating from college, he was employed in marketing, design and manufacturing with companies in the Denver area.  He also became an accomplished amateur chef, and was employed at some high-end area restaurants and clubs.

Kiel returned to Cheyenne in 2019 and after briefly working at the Cheyenne Botanic Gardens, he accepted the position as Facilities Preparator for the Cheyenne Frontier Days Old West Museum, where he was employed until his untimely passing.  He loved his work at the Museum and often said he was fortunate to work with the staff, volunteers, patrons and donors as well as apply his life-long skills and appreciation of the arts.

He was preceded in death by his maternal grandparents Bob and Maxine Afflerbach and Bert and Frances Van Horn.

The family requests that gifts in his memory be made to the Cheyenne Frontier Days Old West Museum, on-line or 4610 Carey Avenue, 82001 or the Cheyenne Botanic Gardens, on-line or 710 South Lions Park Drive, 82001.

A Celebration of Life will be held at Lakeview Chapel at Schrader, Aragon and Jacoby Funeral Home Monday, August 9th, at 1:00 p.m.

To order memorial trees or send flowers to the family in memory of Kiel Van Horn, please visit our flower store.