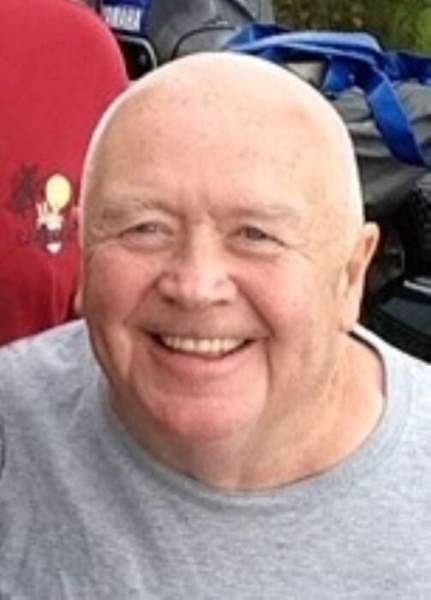 Larry raised three children as a fun loving father, an animal lover and an avid napper. He was a Navy veteran as well as a dreamer. A man known to have passionate opinions and a jovial outlook. Larry will be missed for his advice, his arguments and his joking nature. Larry spent the majority of his life as a long haul truck driver and a caring father.

In his retirement Larry took care of the many animals in his life, especially his best friend Hannah. He dreamt up new construction projects and watched more Fox news than anyone should ever be allowed.

Born in Breckenridge, MN August 31, 1941, Larry was the oldest of three children. He is survived by both his brother, Corky Johnson; and his sister, Joyce Johnson; as well as his three children, Ryan Johnson (Melissa), AJ Biehler (Dave) and Daniel Johnson (Laura).

Larry was a man that could become your friend with just a few words. He had an infectious smile and a laugh that would make you want to join in. He will be greatly and sorely missed by all that knew him.

There will be no services held so that the family can grieve in private.


Services are under the care of Schrader, Aragon and Jacoby Funeral Home, 2222 Russell Ave., Cheyenne, WY  82001

To order memorial trees or send flowers to the family in memory of Larry Johnson, please visit our flower store.