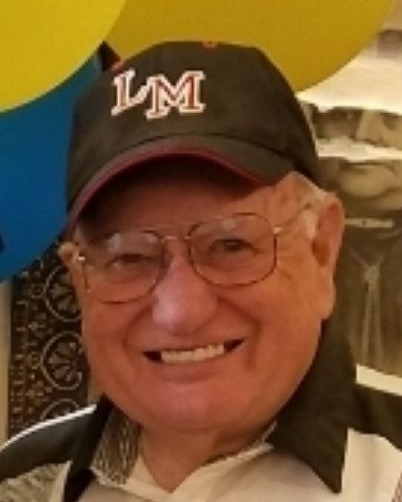 He led a very diverse life. His parents farmed near Richfield, Idaho. He played sports in high school. Larry served in the Marine Corps during the Korean Conflict. He was the first of his family to attend a university. During his lifetime, he attained five degrees including a PhD in Speech Communication. Lifelong learning was important to him. His work experience included being a professor at Montana State University. After teaching, Larry worked in Human Resources in both the uranium and coal mining industries in Montana and Wyoming. After retirement, he worked with Preston University of Cheyenne. In between, Larry raised cattle and buffalo. After the next retirement, he focused his attentions on military recognition and beautification projects in the town of Pine Bluffs, Wyoming. Many have appreciated his Community Plaza with its Veterans Memorial and the “America the Beautiful” mural wall in downtown Pine Bluffs.

Family was his number one priority. Larry leaves behind his loving wife of over 60 years, Crystal (Hodges) Silvey; four children, Rene (Craig) Parish of Windsor, CO; Eacel (Dennis) Leonhardt of Thermopolis, WY; David Silvey and Les (Michael) Silvey both of Cheyenne, WY; six grandchildren, two great-daughters, and a host of other family and dear friends.

A visitation will be held Friday, January 6, 4:00-6:00pm. Services will be held Saturday, January 7, 2023, at 11:00am at the Schrader Funeral Home, 2222 Russell Avenue in Cheyenne, with reception following.  Military honors and interment will follow the Reception at Mountain View Memorial Park.  Livestreaming will be provided via Schrader’s website.

To order memorial trees or send flowers to the family in memory of Lawrence Silvey, please visit our flower store.