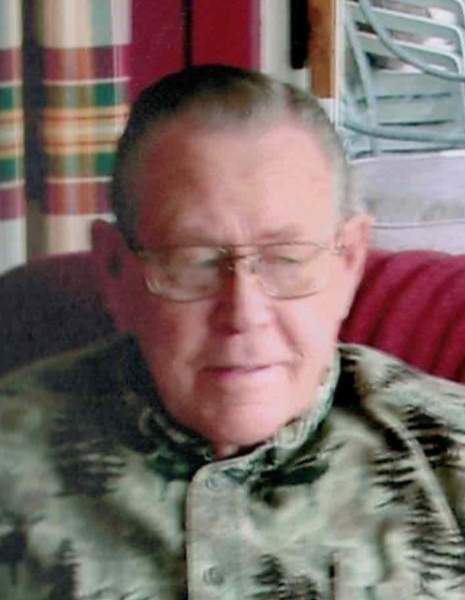 Leroy Furman Woodruff, age 92, was called home April 2, 2020 at his residence with his family surrounding him.

A self-described "plain old country boy", Roy was born in 1927 in Tintah, Minnesota to George and Theolyn Woodruff. As was customary, Roy entered adulthood early to build B29 bombers for the US Air Force in Belvedere, Nebraska. Roy then joined the United States Navy at 18, serving in the Pacific Theater in WWII as a Teleman and Radioman 3rd Class Petty Officer on both the USS Topeka and the USS Iowa, earning Asiatic-Pacific, American Theater, Victory and Good Conduct medals.  He completed active duty at Moffett Field, California and continued as a reservist in Olathe, Kansas.

Roy married Phyllis Elaine Goin and had three children. The later divorced.  He then met Josephine "Jo" DeLong in Lincoln, Nebraska.  The two married in 1966, blending their two families into one.

Roy was preceded in death by his wife, Josephine; daughter, Rowena; son, Glen; and step-son, Phil.

While Roy was an avid hunter, model airplane builder, fan of anything Ford and tireless provider, he is most remembered for his love of family. He was a fixture at family reunions and never missed a chance to host a barbecue for all his family and friends where his gentle kindness, warm hugs and first class sense of humor were offered to all who entered his home.

After spending time in Texas and the mid-west, Roy settled in Cheyenne, becoming a devoted neighbor and member of Ascension Lutheran Church.

A memorial service to be held at a future date. In lieu of flowers, contributions can be made to Cheyenne Regional Medical Center.

To order memorial trees or send flowers to the family in memory of Leroy Woodruff, please visit our flower store.