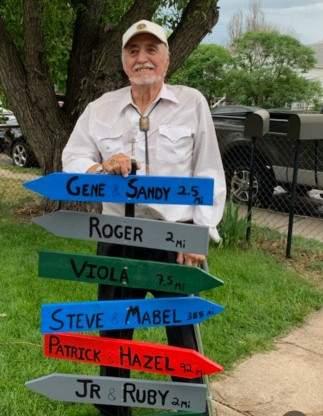 Levinio was born June 21, 1935 in Arroyo Seco, New Mexico to Lucas and Trinidad (Duran) Pacheco. Levinio worked for many years as a Union Trade Carpenter for Union Pacific Railroad.

Levinio was preceded in death by his companion, of 26 years, Marcella Ebell; parents, Lucas and Trinidad Pacheco; brothers, Manuel and Larry Pacheco; and granddaughter, Trinity Montoya.

Services are under the care of Schrader, Aragon and Jacoby Funeral Home; located at 2222 Russell Avenue, Cheyenne, Wyoming 82001

To order memorial trees or send flowers to the family in memory of Levinio Pacheco, please visit our flower store.