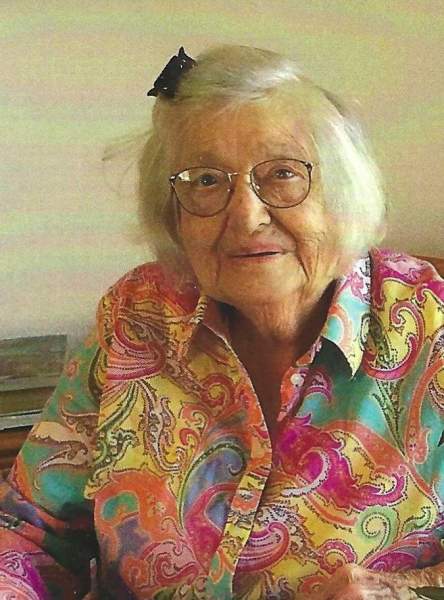 Linda was born on March 30, 1926 to Henry and Elizabeth (Foos) Michel in Atwood, CO. She lived on a family farm with her two sisters and one brother, all of whom worked in the sugar beet fields in support of the family.

Linda married Lester Burkey of Merino, CO., in 1942. They had two children; son Larry and daughter Lucinda. The family settled in Cheyenne in 1953, where Linda resided for 70 years until her death June 22, 2022.

She was a wife, mother, and homemaker in addition to being an elementary school secretary at Rossman for several years.

Linda was very creative and resourceful. She made Halloween costumes for children and grandchildren from saved home materials, creating timeless memories. She assembled many photo albums reflecting life growing up and gathered ancestral information about her German heritage from her family’s immigration from the German settlement in Dittle, Russia, through Galveston, Texas, and eventually to Nebraska and Colorado along the Platte River.

Linda’s hobbies also included gardening. She loved any flower and was proud of her tomatoes which she shared with all. Needlework of any sort kept her busy. Watching the televised games of the Colorado Rockies was a favorite pastime. She knew the players and their statistics. She knew who was on the first base.  Fishing and camping were seasonal activities in Wyoming lakes and rivers. There was usually trout for supper.

Linda was preceded in death by her parents, Henry and Elizabeth (Foos) Michel, sister Lydia Fritzler, and brother Alexander Michel all of Merino, CO.; Lester Burkey, her husband of 76 years; and grandchildren Michael C. Burkey and Julie A. Burkey.

Graveside services will be held for the family at Beth El Cemetery, in Cheyenne. The family asks that any donations be made to St. Jude’s, or charity of your choice.

To order memorial trees or send flowers to the family in memory of Linda (Michel) Burkey, please visit our flower store.