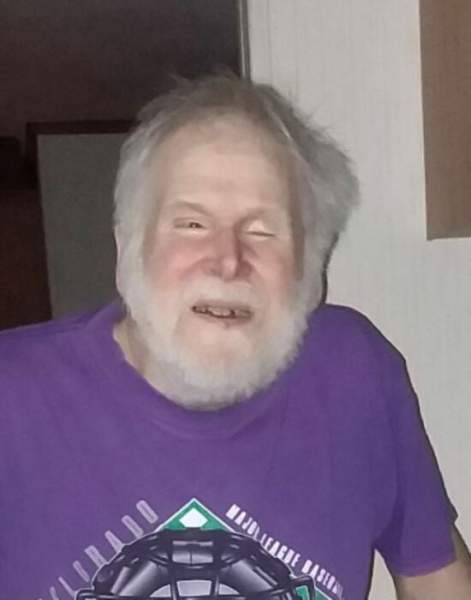 He was born  July 30, 1952 in Minneapolis, Minnesota, Grade School years in the School for the Blind in Faribault, MN.  Graduate of Golden Valley High School, class of 1970. Early years spent in Richfield, Minnesota. He had a two-year degree from the Lutheran Bible College down the street from his parent’s dream home in Golden Valley.

Dan touched a lot of lives with his quick wit and sense of humor. He kept a positive attitude and faith in spite of his health challenges with CP. He read his bible daily under his reading machine after promising God he would do it as long as he could see with the 2% vision in the right eye.

He traveled with friends to Europe, was involved with the Blind Society in Minneapolis, went through the mobility classes there and wrote for Braille Sports. He rode the bus from St. Louis Park down to the office, did several interviews and traveled with his boss and the seeing eye dog, Sheriff who would only take medication from Dan.

Dan did Ski For Light, learning cross country skiing with the help of the Norwegian ski team. He had a special spot in his heart for Beep Baseball. He followed baseball, collected baseball cards and made predictions with his best friend in California. He had the TV  on and was getting ready to watch the World Series when he had the final heart attack.  He’s smiling, the Braves were the team he picked.

He was also active in the Lions Club, serving as member and past president in Phoenix, learned archery with friends, being active with the Center for the Blind in his 20 years in Phoenix, AZ.

He moved in with his sister in April 1998 and worked as receptionist of her accounting business in Cheyenne. He continued, being active and serving as member and past President of Cheyenne Hot Air Balloon Club and writing “Dan’s Crew Tips” for the newsletter.

He was preceded by in death by parents, Mac William Lutz, II and Margaret Jane Lutz; brother, Robert E. Lutz; and sister, Jane Lee Lutz; wife, Tammi Johnson- Lutz; and all of his aunts and uncles.

Cremation has taken place under the care of Schrader, Aragon and Jacoby Funeral Home and condolences may be offered at www.schradercares.com.

To order memorial trees or send flowers to the family in memory of Louis Lutz, please visit our flower store.