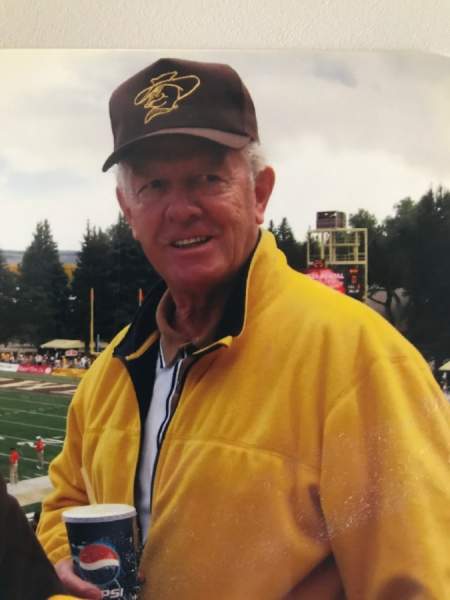 (Martin) Ray Bartley, 87, passed away peacefully on Wednesday, July 1, 2020 at home in Cheyenne. Ray was born Oct 6, 1932 in Laramie, Wyoming to Bob Bartley and Ethel Martin.  He graduated in 1950 from Laramie High School. Ray met Patsie (Patty) Ann Davis at a Cheyenne education function and married her on Oct. 18, 1953.  Ray was a Sergeant in the U.S. Army during the Korean War. He later worked for Union Pacific Railroad and distributed Falstaff beer. After retiring as director of personnel for the city of Cheyenne, he was a bailiff in the district court. Ray and Patty volunteered with Cheyenne Frontier Days for many years. He was President of the Laramie Junior Chamber of Commerce and served as President of the Cowboy Joe Club. The Bartleys were members of the Airport Golf Club, VFW, and Elks Club.

Ray loved Wyoming. He loved fishing, hunting, camping and telling stories with his friends. He was an avid supporter of UW athletics. His tenor voice was infectious especially when he sang “Danny Boy”.

He will be missed by many nieces, nephews and friends.

Ray is survived by his brother-in-law, Bob Marr and preceded in death by his parents; wife Patty, and brother Bob. A private service will be later. Cremation is under the care of Schrader, Aragon and Jacoby Funeral Home. Memorial contributions, in lieu of flowers, can be sent to the Cowboy Joe Club at UW.

To order memorial trees or send flowers to the family in memory of M. Bartley, please visit our flower store.