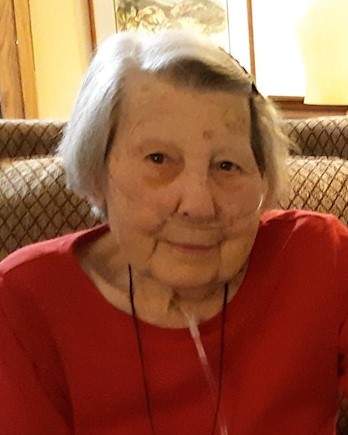 Long time Cheyenne resident Madene Venita Schaible passed away peacefully in her home on July 23. She was 91 years of age.

Born September 25, 1930 on a farm in Ozawkie, Kansas, she had a twin sister and was the ninth of twelve children born to Guy and Bessie Brammell.

Madene met her husband, James Richard Schaible in Topeka, Kansas. They married and moved to Denver in 1949 and then to Cheyenne in 1951.

Madene served as a den mother for the Boy Scouts and was an active member in the Patrol marching branch of the  Masonic Temple in Cheyenne.  Madene was a supporter of the local YWCA and served as president of the Town and Country League.

Olivia de Haviland, a guest of the Town and Country League, once described Madene as "plucky"  and that, she was.

A loving wife and mother, she was a friend to many and a forthright voice in standing for what she believed. She met life head on with a smile. She will be missed. A devout Christian and patriot,  Madene loved gospel singing and watching patriotic displays.

We can picture her even now hugging her husband, Jim and catching up with family and friends in her renewed Heavenly Dwelling Place

Madene was preceded in death by her husband, James Richard Schaible in June 2000.

To order memorial trees or send flowers to the family in memory of Madene Schaible, please visit our flower store.