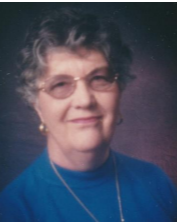 Mae Irene Shores Kirkbride joined her creator December 31, 2022, in Cheyenne, Wyoming. She was 92, born September 22, 1930, in Sheridan, Wyoming to Everett and Eva (Smith) Shores. She moved with her family to Cheyenne as a teenager and graduated from Cheyenne High School in 1949. She attended the University of Wyoming and joined Kappa Delta Sorority (Rho) there. She married Rodney Kirkbride from Cheyenne in 1952 and moved to Cattail Ranch north of Cheyenne where she raised a family and participated in ranch life.

She was active socially and politically taking up many causes including women's rights in the 1970's and opposing the proposed MX missile system in the 1980's. She was involved in many progressive groups including Powder River Basin Resource Council, Laramie County Democrats, and Friendship Force. She served as Worthy Matron of Laurel Leaf Chapter No. 25 and Burns Chapter No. 47, Order of the Eastern Star. She had a true concern for humanity and kindly donated to impoverished and disadvantaged people.

She is preceded in death by her parents, and her husband Rod. She is survived by her sister, Beverly Grove of Duncan's Cove, Nova Scotia, and her daughters Jean Doyle (James) of St. Paul, Minnesota, and Barbara Crowl (Michael) who now operates Cattail Ranch outside of Cheyenne, Wyoming. A celebration of life will be held mid-June of 2023

To order memorial trees or send flowers to the family in memory of Mae Irene Kirkbride, please visit our flower store.