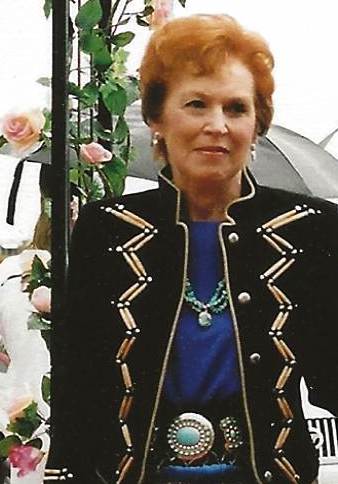 She was born September 20, 1936 in El Paso, TX to William and Alma Gardner.  She married H. James Mueller on April 24, 1955 in Cheyenne and was a homemaker.  She was a member of First Presbyterian church and a former member of the Order of Eastern Star in Pine Bluffs.

She was preceded in death by her husband, parents and a brother, Donald Gardner.

Those who wish may contribute to the American Cancer Society or the Charity of Choice.

Visitation will be Tuesday, June 30, 4:00-6:00 p.m. and funeral service Wednesday, July 1, 1:00 p.m. in the Lakeview Chapel at Schrader, Aragon and Jacoby Funeral Home with a reception in the Schrader Reception Center.  Interment will be in Cheyenne Memorial Gardens.

To order memorial trees or send flowers to the family in memory of Margaret Mueller, please visit our flower store.