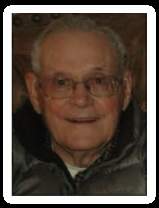 He was born July 17, 1930 in Ansley, Nebraska to Oscar and Susie Crist.  He married Helen Colwell on May 29, 1960 in Rushville, Nebraska.   He served in the Korean War with the Army Corp of Engineers. He graduated from the Missouri School of Mines in 1959 with a Bachelor’s Degree in Petroleum Engineering, which he worked as a Petroleum Engineer until 1963.   He then worked 34 years as a Hydrologist for the United States Geological Survey (USGS) where he retired.

He enjoyed life to the fullest and his hobbies included wood carving, watching baseball, softball and football.  The times he treasured most was when he was participating in any activity with his children or grandchildren.

He was preceded in death by his wife, Helen; daughter, Sonja; siblings, Ila Davis, Elgin Crist and Lloyd Crist.

In lieu of flowers please make all donations to the Davis Hospice Center of Cheyenne, Wyoming in memory of Marvin Crist.

Funeral Services will be 10:00 a.m.  Thursday in the Lakeview Chapel at Schrader, Aragon and Jacoby Funeral Home with interment to follow in Beth El Cemetery.

To order memorial trees or send flowers to the family in memory of Marvin Crist, please visit our flower store.