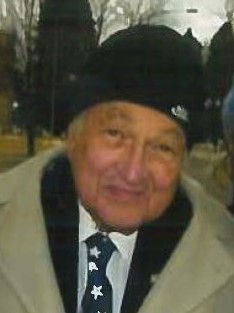 His wife, family and friends loved and supported him during his life and in his final illness.

Once he graduated from Cheyenne High School in 1948, he took college business courses and worked in sales at Burts Shoe Store in Denver, Colorado.

In 1951, he entered the service during the Korean Conflict. In Korea, he was assigned work under the Army Corp of Engineers and was responsible for Water Filtration Management. He was rewarded for his service with the National Defense Service Medal; the Meritorious Unit Commendation; the Republic of Korea War Service Metal, and the United Nation Service Medal.

In 1960, he married Dorothy and started a family. They shared the responsibility for three children until her death in 2009. During that same period he worked with his Father and older brother, Morris, in establishing a retail Pawn business known today as MARV'S PLACE. In 2012, he found love again and married his Masonic brother's and friend's widow, Toma.

Marv, also, served on the Board of the Scottish Rites Children's Language Clinic; as President of the Shrine Club ; as Chief Scout of the Shrine's Frontiersman Black Powder Club; as President of the Mt. Sinai Synagogue; as a founding member of the Cheyenne Gunslingers; as a member of the Salvation Army's Board of Directors; as a volunteer with the Cheyenne Veterans Administration with the "No Veteran Dies Alone Program"; as a Wyoming Senior Citizen Companion Volunteer; as a member of Kiwanis; as a member of the Country Club, and as a Family Promise Volunteer providing food for homeless families. In addition, Marv could be counted to volunteer in community activities such as the Annual Dr. Martin Luther King Jr. Memorial March.

He served as a Scottish Rite Mason for over 50 years and in recognition of his work in the Rite and in public life, he was honored by the Supreme Council and awarded the Thirty-third Degree.

Marv had always been involved in fundraising for many organizations, including: Thankful Thursday; the Laramie County Library; the Salvation Army; the Cheyenne Animal Shelter, and the Cheyenne Symphony Orchestra.

Marv has been a friend, a husband, a father, a grandfather, volunteer, and a patriot.

He was preceded in death by his father, Ben; his mother, Sarah; his brother, Morris; his sister-in-law, Geraldine; his wife Dorothy, and a number of uncles, aunts, cousins and fr iends.

Burial took place under the direction of Schrader, Aragon a nd Jacoby Funeral Home on February 2, 2021.

In lieu of flowers, those wishing to make a charitable contribution in Marv's memory are encouraged to do so. Three of the many charities he supported are: The Shrine Children Hospitals; The Scottish Rite Childhood Learning Center, and Mt. Sinai Synagogue.

One of Marv's favorite quotations is as follows:

Kindness is the language which the deaf can hear and the blind can see. -Mark Twain-

Marv practiced kindness every day of his life. Marv lived his life fully and responsibly to its conclusion. He was a blessing in many lives. He will be missed.

To order memorial trees or send flowers to the family in memory of Marvin Wolf, please visit our flower store.