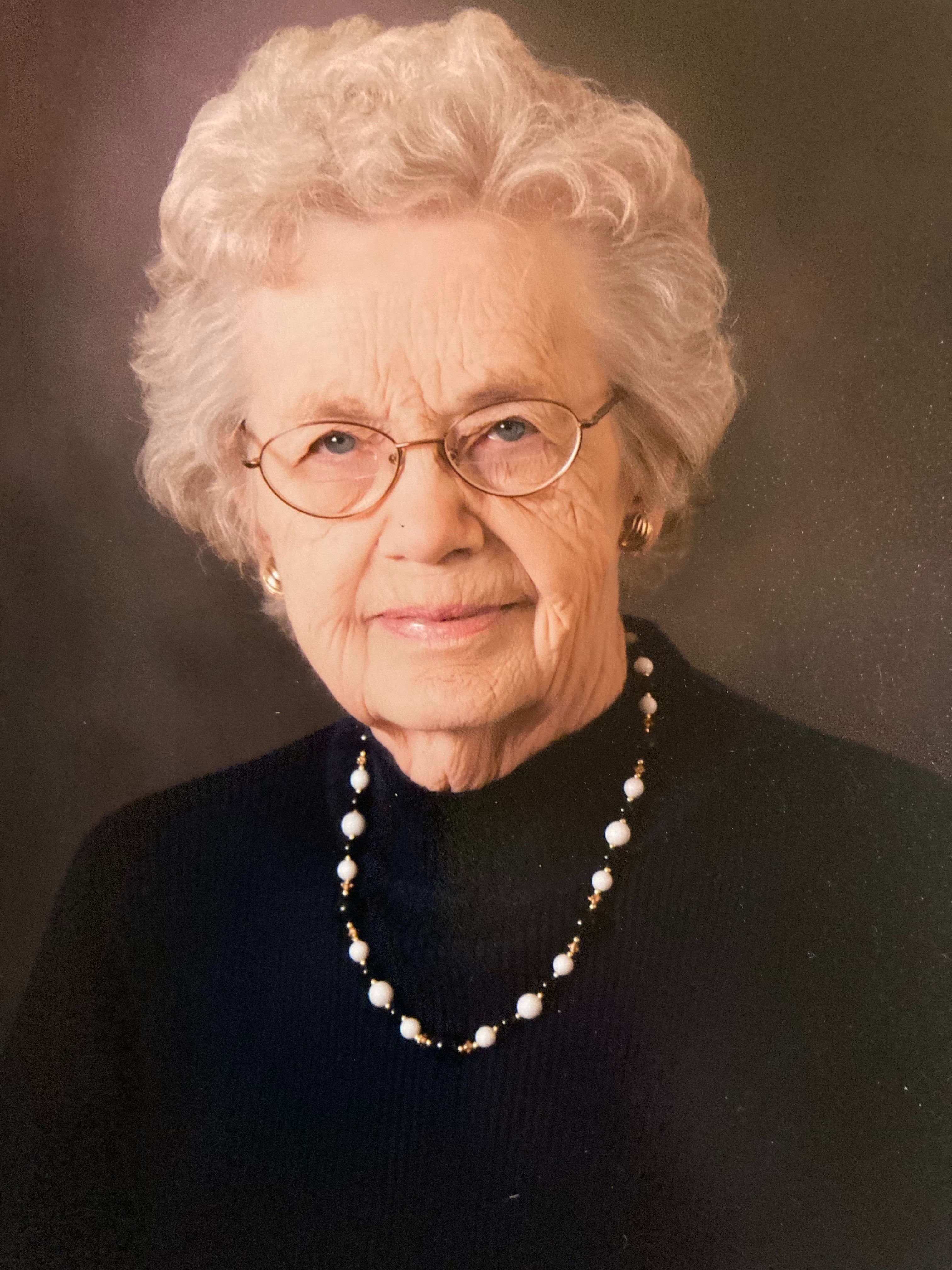 Mary Virginia Kelso was born June 8, 1923 in Broadview, Montana to William B. and Anna Belle Woodman. She attended school in Nebraska, Kansas and Colorado, graduating from Colorado State College of Education in Greeley, Colorado in 1945.

She taught music and commercial subjects in Kimball, Nebraska until 1947 where she met and married Ronald R. “Red” Kelso. They operated a photography studio in Kimball until 1952 when they moved to Cheyenne where she taught piano and theory until 2010.

She was an adjudicator for the National Federation of Music Teachers for fourteen years, judging in Nebraska, Colorado, Wyoming and Minnesota. She also judged for the National Federation of Music Clubs Junior Festivals in Colorado and the Colorado State Music Teachers Association Auditions. She moved to Palm Springs, California in 2015 to be closer to family.

She is survived by her sons and daughter-in-law, Richard and Sylvia Kelso of Minneapolis, Minnesota and Jon Kelso and Vincent Maynard of Palm Springs, California; two grandchildren, Kristen and Simon Pilbrow of London, England and Michael Kelso of Pensacola, Florida; nieces, Cynthia Van Hooser of Arvada, Colorado, Mary Lou and Bill Bass of Thornton, Colorado, and Kathryn Walker of Sharon Springs, Kansas; nephew, Robert and Cynthia Carboni in Gretna, Louisiana; and numerous great-nieces and great-nephews.

A graveside service will be held at 1:00 p.m. on Tuesday, August 23, 2022, in Beth El Cemetery, Cheyenne, Wyoming. Services are under the care of Schrader, Aragon and Jacoby Funeral Home and condolences may be offered at www.schradercares.com.

To order memorial trees or send flowers to the family in memory of Mary Virginia Kelso, please visit our flower store.