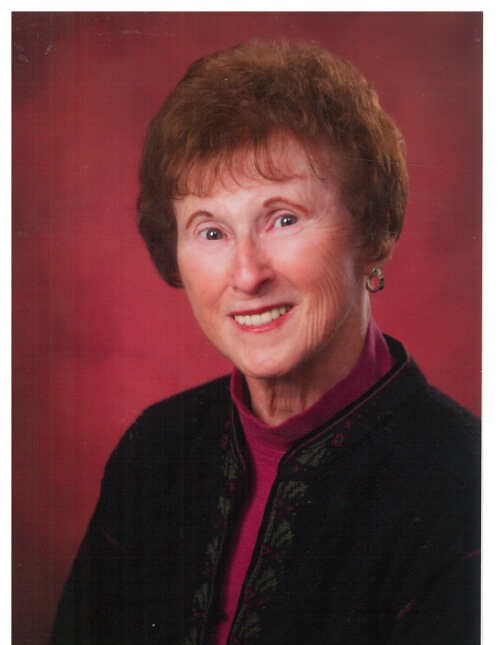 Mary Kathryn Kanard died peacefully at her home on September 5, 2021.  She was 83 years old.

Mary Kathryn was born on her parents’ cattle ranch in Stafford, Nebraska on May 23, 1938.  She grew up in Holdrege, Nebraska with her mother, Wilda Carr, her sister, Connie Burton, and her brother, Patrick Carr.  She attended nursing school at St. Joseph’s College of Nursing in Omaha, Nebraska.  After becoming a registered nurse, she returned to Holdrege to work and later moved to St. Louis, Missouri where she earned her Bachelor of Science in nursing at Saint Louis University School of Nursing.  She met her future husband, Robert R. Kanard, MD at the university’s hospital.  Their first child, Mary Elizabeth, was born in St. Louis and they later moved to Iowa City, Iowa where their second child, Anne Margaret, was born.  They settled in Cheyenne where their third child, Robert Carr, was born.

Mary Kathryn was very active in the community and volunteered across the city including Meals-on-Wheels, playing flute for the Cheyenne Symphony Orchestra, and the Girl Scouts.  She returned to nursing at De Paul Hospital in the emergency department, then as a night supervisor, and finally with home health care.  Her true passion was caring for terminally ill patients and helping them to die with dignity.  She started the hospice program in Cheyenne at De Paul Hospital which she coordinated for many years.  However, she saw a larger need within the community and started the Wyoming Hospice Organization and participated in the National Hospice Organization.  Mary Kathryn also received leadership awards from the National Hospice Organization, the Wyoming Hospice Organization, and an All-Time Service Award from Davis Hospice Center in 2008.  Her ultimate dream was realized when she helped develop and design the Davis Hospice Center with its 12 inpatient beds.  Following its construction, she volunteered throughout the center until her illness.

A Funeral Liturgy will be celebrated on Wednesday, September 15, 2021 at 10:30 a.m. at St. Mary’s Cathedral.  An interment service will follow in Olivet Cemetery.

In lieu of flowers, the family is requesting donations be made to Davis Hospice Center through Cheyenne Regional Medical Center Foundation, 214 East 23rd Street, Cheyenne, WY 82001.

To order memorial trees or send flowers to the family in memory of Mary Kathryn Kanard, please visit our flower store.