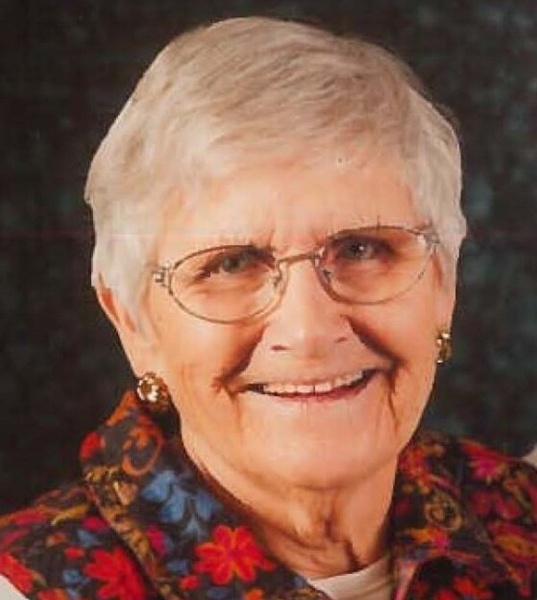 Maxine Soppe, 91, formerly of Carpenter, Wyoming passed away March 31, 2022 in Cheyenne, Wyoming.  The youngest of five children, Maxine was born on October 17, 1930 to M. Ethel (Vertz) and John O. Gordon.  She was the first baby born at the Grover, Colorado hospital.

Maxine grew up along the bluffs east of Hereford, Colorado creating a love of the outdoors and fear of rattlesnakes.  Many of her memories of that time in her life involved her closest in age brother Gene.  She attended school in Grover Colorado and graduated in 1949.  Maxine attended Greeley Teachers College and obtained her teaching certificate and went on to teach in a one room school in district 35 in Nebraska.

Maxine married Rodney Soppe on December 26, 1952, this marriage lasted until his death in 2016.  Rodney was drafted into the Korean war so while he attended to his service in the army Maxine lived with her parents. Upon his return from his Korean tour they moved to South Dakota where his parents resided.  The next move was to Denver, CO while he attended barbing school.  Their final move was to the Carpenter, WY area eventually leading to the purchase of a dry land wheat farm in 1959 where she resided for 60 years.  Later on when the children got older one of Maxine’s happy memories was from the purchase of her own tractor to farm alongside her husband.

Maxine was a devoted and loving mom, rarely missing the many school and sports activities of her five children.  She served many years on the election board and was on the Carpenter Cemetery Board.   Maxine was also a substitute teacher at the Carpenter School.  She was a member of the Carpenter Methodist Church which her grandfather helped build.  Her many interests included sewing, baking, wood working, flower gardening and most of all arrowhead hunting.  Besides being greatly missed at Maxine’s Carpenter home was also her welcoming cup of coffee and baked goodies.

Our Mom so gracefully dealt with her Alzheimer’s diagnosis for many years.  What was lost in her present memories lead to many past memories coming forth.

To send flowers to the family or plant a tree in memory of Maxine Soppe, please visit our floral store.

To order memorial trees or send flowers to the family in memory of Maxine Soppe, please visit our flower store.