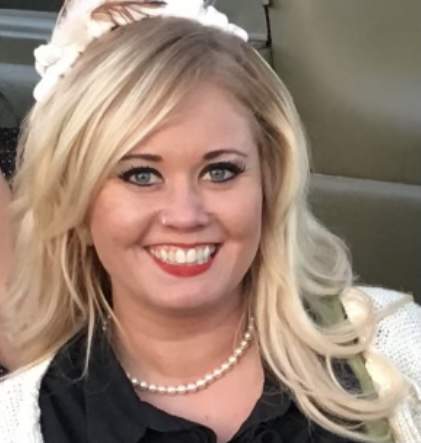 Megan was born in Powell, Wyoming but grew up in several different states: North Dakota, Minnesota, Utah and Colorado where she touched the lives of everyone she met with her charming wit and captivating smile. Reading and writing and artistic activities filled any spare time she had.

She was home schooled all through her elementary and high school years, graduating in 2002 in Casper Wyoming. She went on to graduate at the top of her class from the Aveda Institute in Denver, where she made it into the Salon Life Program, receiving additional advanced training. After graduation she was invited into the Aveda Academy, an elite training program where she studied under master stylists. Upon completing the second Aveda program, she was offered a permanent position as a stylist with Aveda at their Pure Talent Salon where she worked until she moved to Grand Junction, Colorado in 2013 to be closer to “her people”. She worked backstage for theater and musical productions, assisted on multiple photo shoots, winning Best Overall Photo Shoot while at the Institute. Megan was voted number one hairstylist for 2017 in Grand Junction, has taught color theory and placement classes in Los Angeles, California and her work has been featured in publications.

Even though Megan was dedicated to the beauty industry, her real passion was her family and pets. Her happiest moments were times spent with her niece Aria, playing in the park with her beloved dogs -Chloe and Lola, or running the Tough Mudder 5K’s and Color Run 5K’s with her little sister, Kate. Sitting on a beach in California with her best friend, Jenn, or in Mexico or Belize with her family were some of her favorite memories. She always had time for community and charity work and every stray dog was her new best friend. In a recent conversation about her plans to move back to Colorado and figuring out what she really wanted, she said, “Well, I like my big fake lashes, and dogs, and Harry Styles, and cheese, my family and like two friends, and Rachel. That’s what makes me happy.”

To order memorial trees or send flowers to the family in memory of Megan Holte, please visit our flower store.