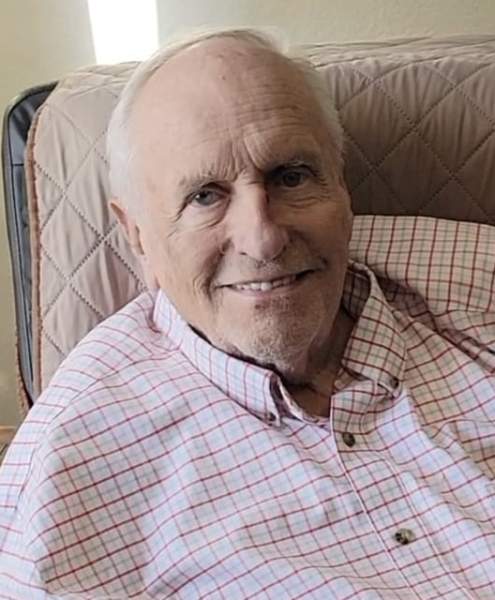 Michl Thomas (Mike) McGee, 80, of Cheyenne, passed away peacefully on March 1 at the Cheyenne Regional Medical Center, surrounded by many of his children and grandchildren. Mike was born in Davenport, Iowa, on Jan 8, 1942, to Arthur and Esther McGee.

Mike was a graduate of Saint Ambrose University of Davenport, Iowa and was proud to have worked to put himself through college. After graduation, he went to work for the accounting firm of McGladrey, Hansen, Dunn & Company in Iowa City, Iowa and was promoted to partner in 1970, and worked in the Clinton office for many years. He transferred to the Cheyenne office in 1983. He was instrumental in forming the Cheyenne accounting firm of McGee, Hearne & Paiz in September, 2000.

Mike married Ellen Ann Betts of Lost Nation, Iowa on Feb. 16, 1963. They were married 55 years and had 14 children. The couple lived in Iowa (Davenport, Iowa City, and Clinton) before moving to Cheyenne, Wyoming.

It is impossible to list all of Mike’s community activities. He felt it was important and appropriate to give back to the community, and worked to make a positive difference in the lives of others and support Wyoming businesses. Over the years he served on boards for numerous organizations including Stride Learning Center, United Way of Laramie County, Laramie County Library Foundation,  Wyoming Children’s Society, and Laramie County School District #1.  In addition, Mike was a founding member and the first chairman of Cheyenne LEADS, was a member of the Rotary Club since 1968, and was a long time member in the Cheyenne Young Men’s Literary Club.  Those are just a few of the many causes Mike put his energy toward.

One of Mike’s proudest accomplishments was his role as president of Honor Flight Wyoming. Due to his efforts, and that of many others, hundreds of Wyoming WWII veterans were able to travel to Washington, D.C. to visit their memorial. Mike accompanied our Wyoming heroes on every flight and was truly honored to help them see the monument built in memory of their sacrifice.

Mike was preceded in death by his parents; sister, Angela; his devoted wife, Ellen and his son, Seth.

Mike was a devoted husband, a loving father, a true friend, a solid businessman and a kind soul.

To order memorial trees or send flowers to the family in memory of Michl "Mike" McGee, please visit our flower store.