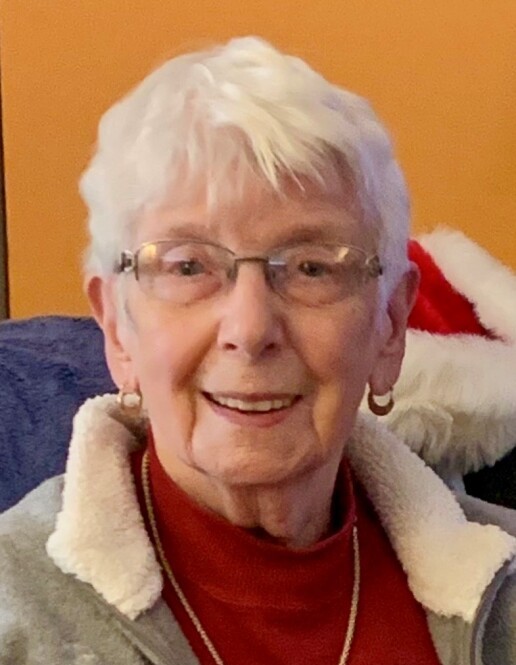 Nan was born November 27, 1926 in Coventry, England to Frank and Ada Kimberley, joining an older brother and sister.  Her parents operated a pub, The Axe and Compass in Wolvey, England.  Nan was a teenager during World War II and during that time she attended a girl’s school, experienced German bombing raids around Coventry, and knitted clothing for the war effort.

Nan worked in a hosiery factory and as a telephone operator before meeting American soldier Edwin “Ed” Alexander, when he was stationed nearby.  She traveled to his home in Lawrence, Kansas in 1947 on a fiancé visa and the two married on July 15, 1949.  She was happy to be a homemaker for her three children.  Nan was very proud to become a US citizen in 1957, voted in every election thereafter, and actively supported many political causes through the years.  Nan and her family lived for many happy years in Lawrence, Maryland, and Utah, and she enjoyed travels all over the U.S. and England.  She moved to Cheyenne, Wyoming in 2005 after the death of her husband.

A graveside service will be held at Oak Hill Cemetery in Lawrence, Kansas on March 2, 2022.

To order memorial trees or send flowers to the family in memory of Nanette "Nan" Alexander, please visit our flower store.