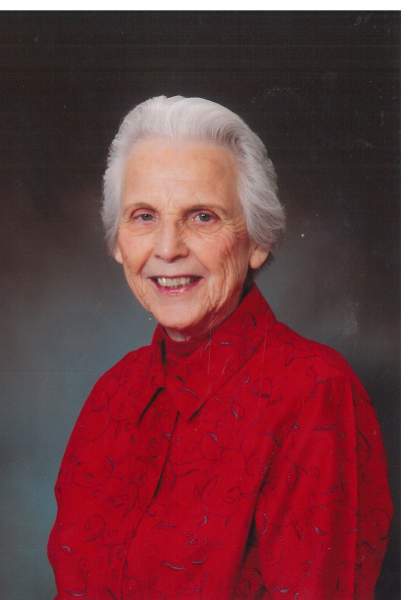 Naomi Baresel was born on April 19, 1926 in Shirley, AR. and made her transition from this life on July 17, 2022 in Cheyenne, WY.  Her parents were Clara Waddle Cullum and William Malford Cullum. She married Ray C. Baresel on September 4,1945 in Little Rock, AR and they celebrated 50 years of marriage before his passing in 1996. Her parents, husband, and five siblings preceded her in death. She leaves two daughters, Nancy Tsandes (Kosta) of Cheyenne; Peggy Ward (Britt) of Clearwater, FL; three grandchildren and 7 great grandchildren; two half brothers of AR; a sister- in-law of KS, and nieces and nephews.

Naomi came away from her segregated southern upbringing with a strong sense of social justice and a desire to be of service in her community. This included League of Women Voters on the local and state level, volunteering with the Alliance on Mental Illness and serving on the board of the Community Mental Health Agency. When Naomi’s mother was in a nursing home, she became a strong advocate for improving conditions, lobbying for more training and better pay for employees.

A highlight of her life was becoming a certified Paraprofessional Counselor through a Women Helping Women program through the National Institute of Mental Health.

After retiring to Arkansas with husband, Ray, she was employed by Hospice of the Ozarks as a Volunteer Coordinator and Counselor. She considered this her most rewarding work.

After Ray’s death she moved to Olympia, WA earning a Spiritual Development certificate through Unity School of Christianity. Earlier she had completed two years of the Education for Ministry program of the Episcopal Church College of the South.

In Olympia, WA she was a supporter of the outreach of her church, working in an advocacy center to assist the homeless. Ministering to the homeless brought a renewed awareness that “we are all one”.  Naomi also found herself being hired as a companion for older women including a 100 year old, when she was in her 80’s.  She bonded with the women and they became like family.

Being part of a faith community was important to Naomi. Her faith journey included a 30 year involvement with the Congregational Church; 20 years with Unity Church; and exploration of other spiritual paths along the way. She was drawn to the Highlands United Presbyterian Church in Cheyenne because of its strong dedication to serving others in the community and beyond, and its meaningful messages from the clergy. She became a member in 2014. Still feeling the need for a sense of purpose at the age of 90, she served as the coordinator of the Congregational Care Team, Sunday Greeters and the Hunger Action Team in applying for Highlands Church to become a Hunger Action Congregation. She also served as the Prayer Connection contact.

As she became older Naomi became bolder in advocating for social justice issues, especially for changing policies to alleviate hunger. So, at age 95 it seems that God wasn’t done with her yet, as she found that as an arm chair activist she could still advocate for policies to lift people out of poverty.  She was working to be a voice for children who are living in poverty and need one more voice to speak on their behalf.

Naomi was also an advocate for those who are older and can no longer participate in the life of the church, especially those residing in nursing homes. She knew the value of those contacts with older members, having been the recipient of a shower of cards from the congregation on her 95th birthday and after different health issues and other confinements. She treasured those cards and personal notes!

To order memorial trees or send flowers to the family in memory of Naomi R. Baresel, please visit our flower store.