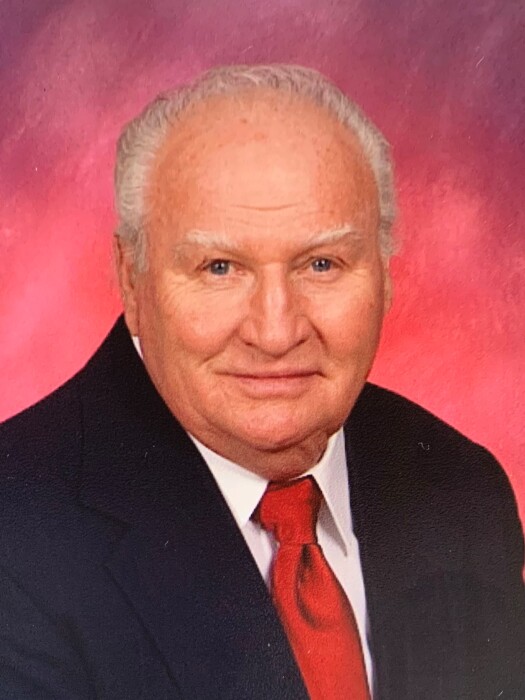 Nicholas “Nick” Dudash, 88, of Cheyenne, Wyoming passed away on June 18, 2021 at Cheyenne Regional Medical Center after a short illness.

Nick was born to Steve and Julia (Kapusnak) Dudash on October 24, 1932 in Paw Paw, Michigan.

Nick was the youngest of five children and he was preceded in death by his parents and siblings.  In his early years, Nick attended Western Michigan University and worked in the steel mills of Chicago.  He enlisted in the United States Air Force in 1953 and was honorably discharged in 1957.  Nick was stationed at F.E. Warren Air Force Base in Cheyenne where he met his wife, Helen (Kalokathis) Dudash.  Nick and Helen were married for 63 years and raised two children in the home that he designed and built with his father, Steve.  Following his military service, Nick worked as an industrial engineer for General Dynamics Corp.  Nick was offered the opportunity to transfer to the East coast, but because of his love of the West, he stayed in Cheyenne and became a real estate agent and eventually opened his own real estate company, Eagle Realty, Inc., where he worked for over forty years until he retired.

Nick was an extremely proud “Grandpa” to his three grandchildren, Julianna, Nicole and Gavin Mouat, for whom he was a strong influence and role model.  Nick was an avid fisherman, hunter, artist and carpenter, and he was happiest when he was at the end of a fly rod, hunting rifle, paint brush or hammer.  He was always willing to extend his carpentry skills to whomever sought his help, including building an artifact depicting the tomb of Christ, called the Epitaphios, which he hand-carved in wood at the request of the presiding priest of Sts. Constantine and Helen Greek Orthodox Church. The Epitaphios is prominently displayed and venerated during the Good Friday Service.  Nick intentionally made it heavy to depict the struggles of Jesus Christ, and he humbly shared with his wife that when he went to use the carving tool again for another project it wouldn’t work; hard to know if it was a malfunction or that God decided its work was done.

Following a major flood in 1985, Nick and some of his Kiwanis buddies helped restore the historic Van Tassel carriage barn which houses the Cheyenne Artists’ Guild.  True to his admiration of Wyoming, the last picture Nick painted was called “The Line Shack” in honor of the hard working cowboys of the West.  Nick was a member of the Cheyenne Artists’ Guild, Old West Museum, Cheyenne Board of Realtors, Kiwanis Club of Cheyenne, and Sts. Constantine and Helen Greek Orthodox Church.

Nick is survived by his wife, Helen; his children, Stephanie Dudash Mouat and Georginne Dudash; his grandchildren, Julianna, Nicole and Gavin Mouat; his brother-in-law and sister-in-law, Hon. Nick and Carlene Kalokathis; and numerous nieces and nephews.

A Trisagion Service will be held on Tuesday, June 22, 2021 with visitation from 6:00-7:00 p.m. and prayer service at 7:00 p.m. at the Lakeview Chapel at Schrader, Aragon and Jacoby Funeral Home. A funeral Service will be held on Wednesday, June 23, 2021 at 10:00 a.m. at Sts. Constantine and Helen Greek Orthodox Church with interment immediately following at Beth El Cemetery.

To order memorial trees or send flowers to the family in memory of Nicholas "Nick" Dudash, please visit our flower store.