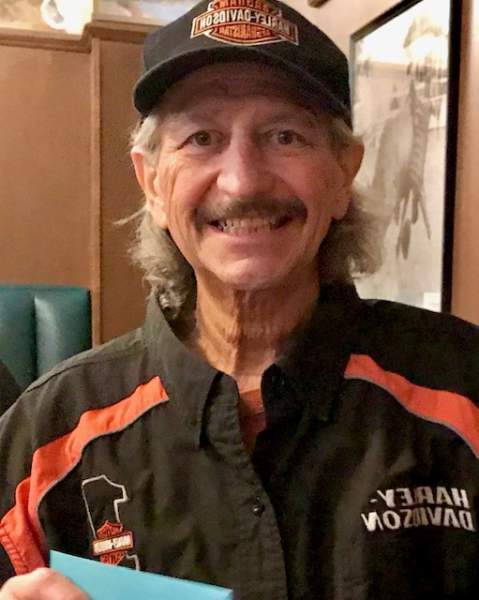 On November 23, 2020, Paul Douglas Vanderbloom, 62, passed away peacefully at home in his recliner with family by his side after a 2 1/2 year courageous battle with cancer.

Paul was a loyal, hard-working man that dearly loved his family. He was a husband, father, grandpa, brother, uncle and cousin. Paul was born July 9, 1958 in San Jose, CA to Douglas Vanderbloom and Donna Darlene Jamison. He lived the majority of his youth in Sparks, NV with his mother, stepfather, brothers and sister. His family moved to Wyoming in January 1977, where Paul met Joanne, his soulmate and love of his life. They married August 19, 1978 at the First Christian Church in Cheyenne.

Paul and Joanne lived in Wyoming, Oregon, and Nevada before settling down in Lafayette, CO to raise their family. They moved back to Cheyenne, WY in 2002.   For the last 15-years, Paul was employed by WYDOT as a geological drill rig operator for the geology department. He officially retired on March 13, 2020.

Paul loved his Harley Davidson and treated it as a member of the family. He and Joanne took many motorcycle trips when possible and participating in several charity rides and poker runs. He also enjoyed bowling and fishing. He was an avid sports fan, especially ice hockey, the sport both his sons excelled within. He volunteered countless hours teaching and coaching all the youth sports that his sons participated in. Paul loved the Denver Broncos, Denver Nuggets, Colorado Avalanche and Jimmy Johnson. Paul was a member of the Wyoming Harley Owners and Riding Enthusiast Group and Cheyenne Evangelical Free Church.

He is preceded in death by his mother, Donna Sundem, stepdad, Robert Sundem Sr. and grandparents.

Cremation has taken place under the direction of Schrader, Aragon, and Jacoby Funeral Home, 2222 Russell Ave., Cheyenne WY  82001, and condolences may be offered at www.schradercares.com.

To order memorial trees or send flowers to the family in memory of Paul Vanderbloom, please visit our flower store.