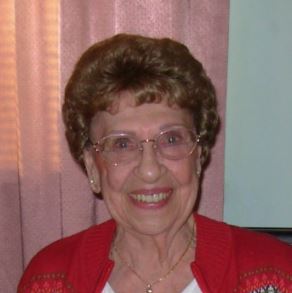 Pearl grew up in ND and then migrated to El Centro, CA.  She married Lorne “Dick” Richardson in 1951 and they enjoyed 33 years together, until his passing.  Pearl retired in 1977 after a 30-year career at the Imperial Valley Press. Around 1994, she met widower John Ratliff who brought her to Wyoming.  They married in 1998.  Ten short months later he died.  In Cheyenne, Pearl became actively involved with St. Christopher’s Episcopal Church.

Pearl is survived by stepchildren, Nancy Webster of Cody, WY, Chris Ratliff of Salem, OR, Meliss Czarnecki of Murphy, NC, Ed Ratliff of Gillette, WY and Rich Ratliff of Cheyenne. Also surviving Pearl are several step-grandchildren, step-great-grandchildren and many nieces and nephews.

Cremation has taken place, and no services are planned.  Interment will be at Mount Hope Cemetery in Wood Lake, NE.

To order memorial trees or send flowers to the family in memory of Pearl Ratliff, please visit our flower store.