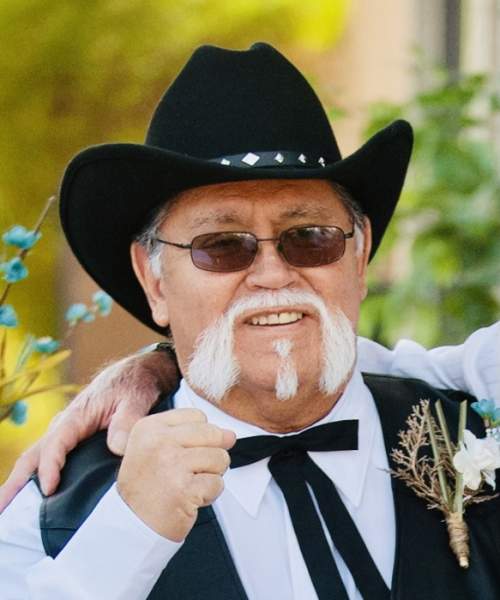 Phillip Benny Mireles, 68, of Queen Creek, Arizona, passed away peacefully on May 6, 2021. His devoted wife, Cheryl, and their children, Paul, David, James and Cheryl Ann, were by his side.

Phil was born on April 23, 1953 in Dalhart, Texas. He grew up living in Texas, New Mexico, Utah, and finally Cheyenne when he was in Jr. High. Phil was athletic and enjoyed playing baseball and football. Coaching t-ball, Cheyenne Jr. League AA Baseball, Pop Warner Football, and Bobby Sox Softball came naturally to him. He gave his players the confidence they needed to excel in their positions. His Bobby Sox team took first place and he was voted Coach of the All-Star team. He was always involved with his children’s sports and wouldn’t miss a game or meet. They grew up with a love and talent for sports like their dad and knew he was proud of them. Most recently, he took the Gold Medal two years in a row playing Bocce at the Laughlin, Nevada Senior Olympics!

While in high school, Phil played bass guitar in a band he and some of his friends had formed. Their band, “Sable,” played engagements around Cheyenne and Laramie. His love of playing the guitar lasted a lifetime and he built up a collection of both bass and 6 string guitars.

Not long after graduating from Cheyenne Central High School in 1972, Phil enlisted in the United States Air Force. He attended basic training at Lackland AFB in San Antonio, Texas where he was a Dorm Chief and Assistant Drill Instructor. Phil was then assigned to Lowry AFB in Denver, Colorado for training in the munitions and weapons maintenance field. Upon completion, he went to the 1st Munitions Maintenance Squadron at MacDill AFB in Tampa, Florida where he held the position of Weapons Mechanic. Part of his duties included loading bombs on F-4s.  He also served in the Colorado National Guard at Buckley ANG Base in Aurora, Colorado and the Wyoming Air National Guard in Cheyenne.

Throughout his lifetime he worked as a welder, a signalman for the Burlington Northern Railroad, Computer Technician and instructor for Community Service courses on computers at LCCC. He also bartended at the Officer’s Club on Warren AFB, and was a clerk/cashier in a grocery store. Whatever he did, he did well, and was well-liked. Regular customers stood in the longest line at the checkouts just to be able to talk and joke around with him. His bosses appreciated his knowledge, hard work, and his great ability to get along with people, often asking him to help with special projects.

Phil also worked in the Wyoming State Auditor’s Office as a Fiscal Control Clerk in charge of running the checks for the state payroll. A “running joke” in the family was that if he didn’t “run the checks” nobody in the state got paid. He left to continue his education at Laramie County Community College earning Associate of Arts and Sciences Degrees in both Computer Information Systems and Business. He also took several courses at the University of Wyoming.

His gift of creativity was expressed in many ways. He worked with leather and wood, he made jewelry, survival bracelets, 3D dream catchers, macrame hangers, and even archery bows out of pvc pipes. No matter what he was making, his projects were unique in design and could withstand the test of time. Macrame wall hangings he made back in 1975 still look good and hang on the walls of our home. He was an inspiration to his children who are all very creative. He and his sons had competitions to see, for instance, who could make the most accurate rubber band gun out of toothpicks, or design a car that could launch a marshmallow the furthest.

Hunting and fishing with his family and friends was one of his favorite things to do. He enjoyed celebrating the holidays and special occasions with family, as well as getting together just for the fun of it. If there were grandbabies around, you would find Grandpa holding them. His whole life revolved around family.

Those grateful for sharing in his life are Cheryl, his wife of 46 years, their children; Paul (Jennifer) of Alaska, and David, James (Molly) and Cheryl Ann, all of Arizona, as well as eleven grandchildren, and a very large, close-knit family.

He is deeply missed every day. We are very thankful to our Lord Jesus Christ for the time and life we had with him.

As he always thought of Cheyenne as home, a Tribute to Phil’s life is planned at the home of his father-in-law, Don Owsley, 1992 Wheatland Drive (North on I-25, Ridley Road exit, turn west) for Sunday, July 11th at 2:00 pm. Please join us and share your memories of Phil and help us celebrate his life

To order memorial trees or send flowers to the family in memory of Phillip Mireles, please visit our flower store.