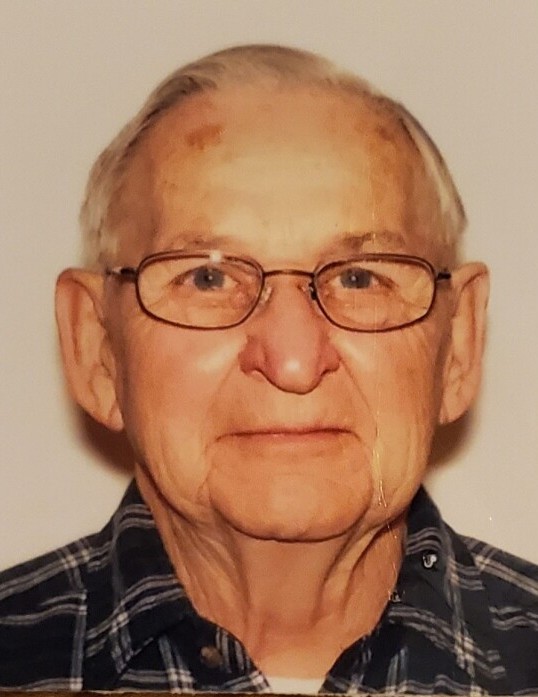 Ray was graduated from Mapleton High School in 1947 and attended one year of college in Des Moines, Iowa where he studied accounting.  He began working for the Union Pacific Railroad in 1950 as a telegrapher/clerk and later as the mobile agent in Pine Bluffs.  He retired from the Union Pacific Railroad in 1989.  In 1951, he enlisted in the United States Army and he served honorably until 1953.  In April 1963, he married Sharon Froschheiser in rural Ogallala, Nebraska.  They had two children.  While still working for the railroad, he and his brother, Jim, bought Gambles in Pine Bluffs in January 1969.  They operated the store with their wives for nearly 25 years before selling the business in August 1993.

Ray was baptized, raised and confirmed in the United Methodist Church in Harcourt, Iowa and later became a member of the Pine Bluffs United Methodist Church around 1959.  He continued serving in the church in various ways until he turned 90 years of age.  He was a quiet man that made faith and family his top priority.  He also belonged to the Pine Bluffs Masonic Lodge.

He is preceded in death by his parents; brother, Jim Sayers; sister-in-law, Sylvia Sayers; and his father-in-law and mother-in-law, Alex and Marie Froschheiser.

Expressions of sympathy in Ray’s memory may be made to the Pine Bluffs United Methodist Church, Pine Bluffs Ambulance Fund, Pine Bluffs Good Samaritan Fund or a charity of one’s choice.

To order memorial trees or send flowers to the family in memory of Raymond Sayers, please visit our flower store.