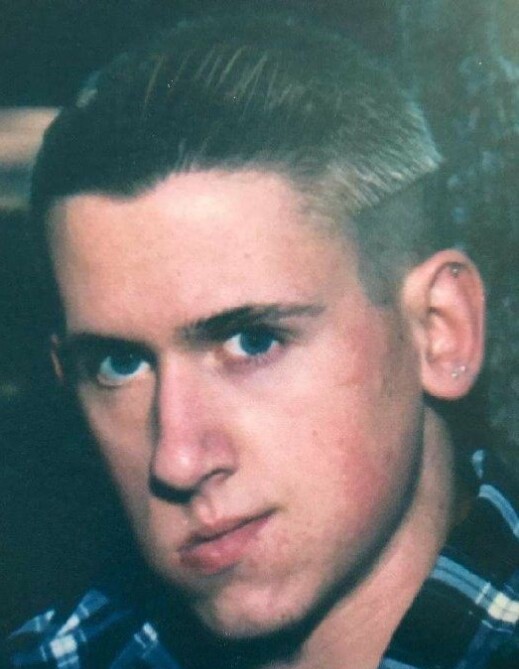 Richard M Cragin, III, 33, of Cheyenne, Wyoming left this world peacefully on Sunday, October 25, 2020 surrounded by family as angels arrived to return him to his mother's arms.

Ricky was born in Cheyenne on September 14, 1987 to Wendy Lee Stephenson and Richard Meriam Cragin, Jr.

He was very outgoing and made many friends throughout his short, but full, life. At the age of 10 years old, Ricky was honored by the Make-A-Wish Foundation and received a go–cart delivered to him from the local fire department. Ricky being so excited he nearly ran over the anchor at Channel 5. When his go-cart was stolen, it was replaced by the fire dept.  Being the kindhearted person that Ricky was, he decided to give it to a little boy with bone cancer. That is who Ricky was.

Ricky loved the Denver Broncos.  He would have his mom and Nanny drive him to the Broncos store and practice field to wait for the players to leave to get autographs.  As many who came in contact with Ricky, the players soon took a liking to him and invited him to hang out at practice, sit on the field and mingle with players such as Elway, McCaffrey, Davis and Romanowsky.  He could also attend any Broncos game for the rest of his life.

Ricky loved Cheyenne Frontier Days and his Canadian cowboy friends from the chuck wagon races along with the bull rider, Terry Don West.  He actually got to ride in the parade with Max Maxfield!

Ricky's first job was at Balloon Family where Howard taught him flower arrangement.   He brought flowers to his mom every day. Although he and his mom had severe medical issues due to NF2, they had a great life together until she passed away. Ricky graduated from East High School in 2005. Ricky never saw himself as having a disability and worked hard as a custodian for LCSD.1 He called the school and the kids his own.

Ricky is loved and survived by his father, Richard M. Cragin Jr. and stepmother, Kathleen Kraft Cragin, of Alton, NH; sister, Angelica DeHerrera of Cheyenne and niece, Amara DeHerrera; grandmothers, Nita "Nanny" Wetherbee Stephenson of Cheyenne and Lorraine Cragin of Buxton, ME; and aunts and uncles, Jim and Joan Martel of Westbrook, ME, Larry and Pauline Campbell of Buxton, ME, Rosina Pierce of Limington, ME, Gretta Lacy of Cheyenne, Mandy (Chad) Stark of Belaire, KS, Jaime Stephenson and Chad (Deb) Stephenson of Cheyenne.  On both sides of his family, Ricky had numerous cousins stretching from Wyoming to Maine. There are just too many to list but they will all miss him terribly!  Ricky was blessed with many dedicated, caring and loyal friends that were an extension of his family.  Ricky valued all of them and was so grateful for their friendship.

A celebration of life will be held at a later date. Cremation is under the care of Schrader, Aragon and Jacoby Funeral Home.

In lieu of flowers, donations may be made for research to National Neurofibromatosis2 Foundation (NF2.org).

To order memorial trees or send flowers to the family in memory of Richard Cragin, III, please visit our flower store.