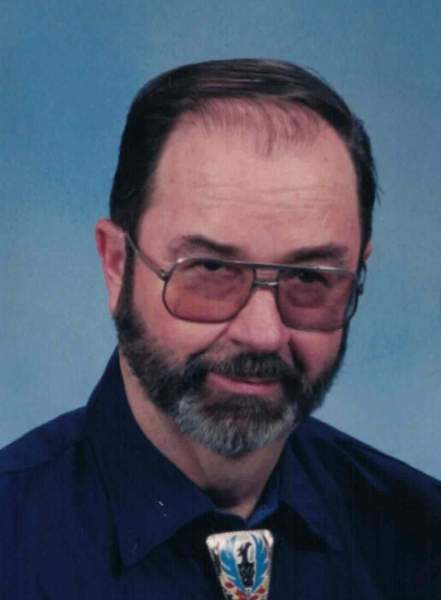 Robert “Bob” Bryant, 87 passed away February 5, 2021 from complications of Parkinsons, at Davis Hospice Center with his daughters by his side.

He joined the United States Air Force on April 2, 1952.  He was stationed at the following Air Force bases, Davis-Monthan, AZ, Vandenberg, CA, Whiteman, MO, Kadena, Okinawa and F.E. Warren, WY during his career.  While stationed in Tucson, AZ, he joined the Tucson Aero Club, where he earned his private pilot’s license and a seaplane rating.  He retired as a MSgt after 26 years of faithful service on May 1, 1978.  He then went to work for Memorial Hospital (now CRMC), in the maintenance department for 17 years.

While stationed in Okinawa he became a Mason.  Bob was active in Masonry for 50+ years.  He served as Worshipful Master of Rocky Mountain Lodge # 40, AF & AM.  He was also a 32 degree Scottish Rite Mason, a member of York Rite and a Shriner.  He was a 47+ year member of Oak Leaf Chapter # 6 O.E.S., and twice served as Worthy Patron.  He was also an Associate Guardian for Wyoming Job’s Daughters Bethal # 42 from 1986-1988.

His fascination with flying led to joining the Cheyenne Hot Air Balloon club, and earning his private and commercial lighter than air (hot air) balloon license.  He owned and operated 3 balloons and served a term as President of the club.

Robert Thomas Bryant, Bob to most - Robert when he had fallen from grace with his first wife -  took pride in being a husband, father, grandfather, airman, master sergeant, Worshipful Master, Worthy Patron, pilot, balloon pilot and hunter.  He was also a good mechanic and interested in many different things from cars to solar energy.

When someone passes we are often left with the question: “By what measure do we measure a man?”  One could measure Bob based on his interests, accomplishments and the challenges he faced.  He was certainly interested in many different things, e.g. mechanics, electronics, history, Masonry, Eastern Star, poetry, music, computers.   His accomplishments were many, but of importance are his military service, being a Mason, being a good husband and father, and certainly being a pilot, both fixed wing and a balloon pilot.

He was a man of great passion about many things.  As a result he was quick to start a new project and often slow to finish them.  Nevertheless, he finished many projects.  Many of his projects were difficult to complete but were of high quality when completed.  An example of this was his restoration of an International Scout.  Bob did the mechanical and the interior to the highest of quality.

He was loved and admired.  He will be missed, but will live on in the hearts of many.

He is survived by his daughters, Julie (Billy) Swearingin and Leesa (Rusty) England both of Cheyenne; granddaughters, Devon and Casey England; and sister, Marian Sunde of Livermore, CA.

Those wishing to make a charitable donation in Bob’s name are encouraged to do so. Three of the charities he supported are Assistance Dogs International, the Shriners Hospitals for Children and the Scottish Rite Childhood Language Clinic.

A memorial service and reception will be held on Wednesday, June 30, 2021 at 10:00 a.m. in the Lakeview Chapel at Schrader, Aragon and Jacoby Funeral Home, followed by a 1:00 p.m. interment of Bob and Jo Anne at the Cheyenne National Cemetery.

To order memorial trees or send flowers to the family in memory of Robert Bryant, please visit our flower store.