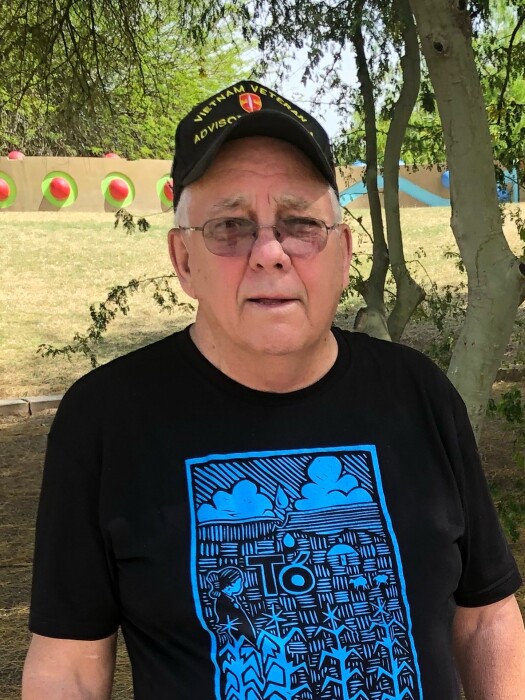 Robert “Bob” Arthur Tenney, 75, died Saturday July 31, 2021, at the Cheyenne Regional Medical Center, in Cheyenne, Wyoming. He was born March 20, 1946, in Billings, Montana, the son of Raymond Tenney and Florence E. Wagstaff (Kansier). He was predeceased by his wife Pamela K. McClure-Tenney.

He held many track records, played football, and wrestled at West High School, in Billings, Montana from 1962-1965. He proudly served as a Sargent on the 64th Advisory Team in the U.S Army and was the recipient of Bronze Star for his courageous effort during the Vietnam War. He was discharged on August 25, 1968. He was the President of the Sweetwater County Recreation Board in Rock Springs, Wyoming in 1983. His career spanned from Safety Supervisor at Conoco Pipeline, Owner of Magic Car Wash and XE Distributing, to being a Supervisor at Colorado Lein. He was an active member of the Shrine Indians and Legion of Honor and a 32 degree Freemason. For numerous years, he was a volunteer at Cheyenne Frontier Days, and helped coach soccer for the Cheyenne Sting Soccer Association.

Memorial services will be held Wednesday, August 11, 2021 at 4pm at Schrader, Aragon & Jacoby Funeral Home, 2222 Russell Avenue, Cheyenne, Wyoming. With reception to follow in the Schrader Reception Center. Due to Covid-19, masks will be required to attend the service.

In lieu of flowers, contributions may be made to the American Diabetic Association and/or to the National Multiple Sclerosis Society.

Cremation has taken place under the care of Schrader, Aragon and Jacoby Funeral Home

To order memorial trees or send flowers to the family in memory of Robert Tenney, please visit our flower store.