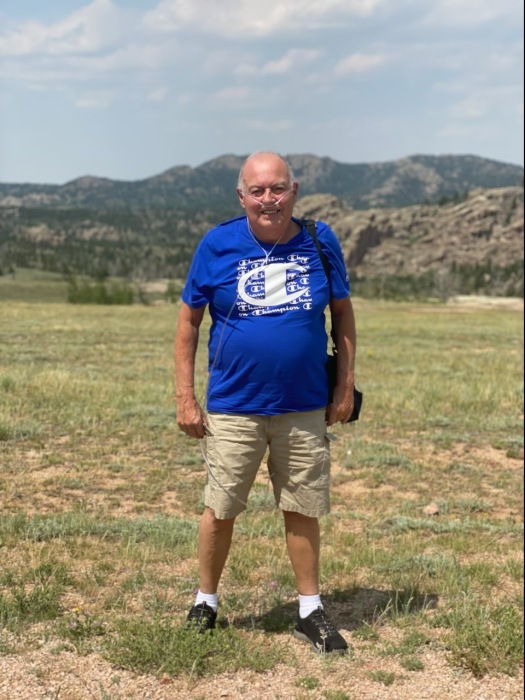 Bob passed away at the age of 71 on November 6, 2021, at Cheyenne Regional Medical Center after a long battle with lung cancer. Bob was born on March 9, 1950, in Queens, New York. Son of Juanita and Robert Tompkins. Bob married Linda Vogt, his high school sweetheart, on January 22, 1970.

Bob is preceded in death by his parents Juanita and Robert, grandparents, numerous aunts, uncles, cousins, and nephew.

Bob enlisted in the Air Force in 1968 where he served his country in Vietnam, Thailand, Iceland and Stateside. He retired as a Master Sergeant in 1988 at F.E. Warren Air Force Base after 20 years of service. Bob was part-owner of, and managed, Burger Inn until he retired in 2015.

Bobs favorite things to do were spending time with family and friends, fishing, playing cards, traveling with Linda as well as his brother in-laws Donald and John, and snow-birding with his wife to Mesa, Arizona.

Bob was deeply loved by everyone around him. He was a wonderful husband, an amazing dad- pops, father, daddy, the best grandpa, Papa, great Papa, great grandpa, and the best friend you could ever have.

We would like to thank Father Tim, Reverend Dave, his Oncologist Dr. Workman, and all the staff at Cheyenne Regional Medical Center for the ongoing, great care they gave Bob.

Celebrations of Life will be held at St Andrews Church on Wednesday November 17, 2021, at 1:00pm.

In Lieu of Flowers please make donations to the American Cancer Society.

To order memorial trees or send flowers to the family in memory of Robert Tompkins, please visit our flower store.