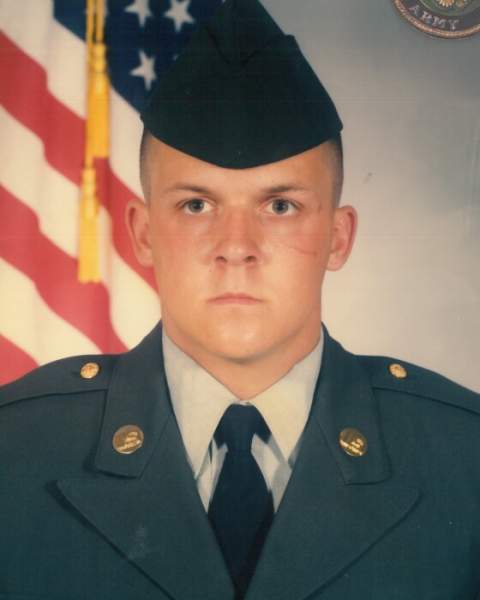 Robert Vance Peele, 48, of Cheyenne, Wyoming, was born April 23, 1974 in Sheridan, Wyoming and passed away June 4, 2022 in Cheyenne. He was preceded in death by his son, Nathan Peele, and father, Robert M. Peele.

He is survived by his mother, Shelley Reed and husband, Glen Reed; his son, Benjamin Peele; his daughter, Aubrey Peele; brothers, Sean Peele and Brett and Casey Reed; and extended family.

Rob was a graduate of Newcastle High School and had previously worked for Arch Coal, Kubota Cheyenne, and the Laramie County School District.

Rob had a distinguished service in the United States Army where he served from June 1993 to October 2000, earning numerous medals and ribbons. Among these were the Army Good Conduct Medal, which he received twice, a National Defense Service Medal, and Expert Marksmanship Badge. A portion of his time in the service was spent in the conflict in Somalia, an experience that never left him. He felt that it was his privilege to serve his country, and he gave his country the best he had, and proudly.

There were many qualities and interests about Rob that made him the person that he was. He was a passionate outdoorsman, and he enjoyed hunting and fishing as often as he could. He was quite creative, and in addition to leather work, he was always tinkering with new or different ways to do things. Two things that never left his side were his beloved dog, Abby, and his Kindle. If one were to immediately recall an image of him, it would be with his Kindle in his lap and his dog beside him.

One of the most, if not the most, remarkable things he did was to take care of his son, Nathan, who was born prematurely and needed around-the-clock care. Rob devoted himself to taking care of Nathan and never once complained. Nathan’s passing in 2016 at the age of nine was one of the hardest things he had to endure.

Giving to others made him stand out amongst others. He was compassionate, kind, attentive, intelligent and friendly. If anyone needed help, he was always there to do what he could and he never expected any compensation from it. This boundless resource of kindness he possessed brought to him many friends, who were to him, just as important as family. He will be missed by all.

Services will be announced at a later date.

To order memorial trees or send flowers to the family in memory of Robert Peele, please visit our flower store.