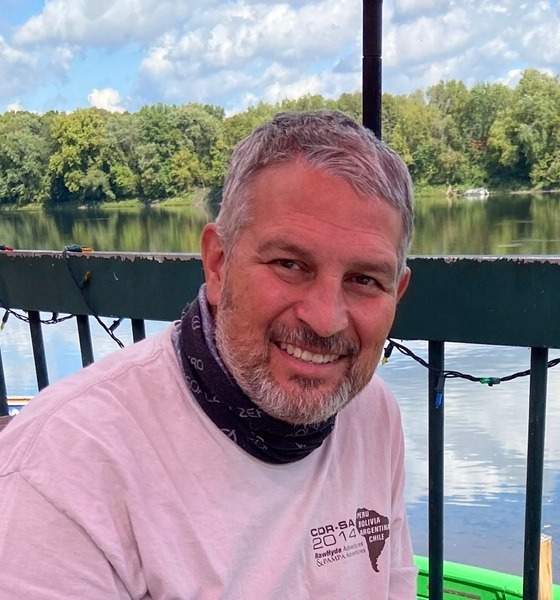 Robert “Rob” Whipple, 57, of Cheyenne, Wyoming passed away at his home on Monday, July 25, 2022, surrounded by his loving family after a lengthy, courageous battle with cancer.

Rob was born July 4, 1965 in Lead, SD, the son of Don and Emily Whipple.  He grew up and went to high school in Buffalo, WY, where he met and married the love of his life, Michele. They moved to Laramie, WY in 1985, where Rob graduated from the University of Wyoming with a degree in chemical engineering.  After short stints in Louisiana and Ohio, Rob and Michele returned to Wyoming and settled in Cheyenne where they raised a family. Robert worked for Holly Frontier in several capacities for over 25 years.

Rob enjoyed spending time with his family, riding his motorcycles with his buddies (on adventures all over the world), riding his favorite horse Rio with his wife, working on projects (his latest being converting a shuttle bus to a tiny home), fixing anything and everything (if “Whipple” couldn’t fix it, it couldn’t be fixed) and cracking the occasional “dad” joke.  Rob’s generosity knew no bounds and he was always first in line to help those he cared about. Rob was the kind of person that if you knew him, you liked him.

He is preceded in death by his father, Don Whipple and brother, Geoff Whipple.

To order memorial trees or send flowers to the family in memory of Robert K. Whipple, please visit our flower store.