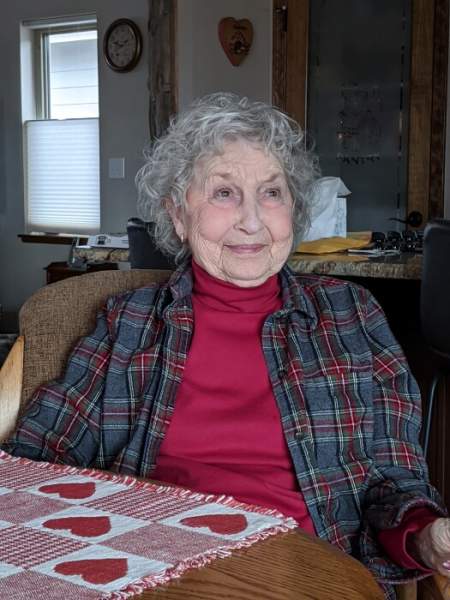 Shirley M. Heggie, 81, of Cheyenne, formerly of Laramie, died Friday, June 3, 2022 at her home with her daughter by her side.

She was born February 15, 1941, in Miller, South Dakota, a daughter of Robert and Edna (Haberling) Hancock.  Shirley lived in several locations in South Dakota, Oregon and Montana.  She met and married the love of her life Butch Heggie in White Sulphur Springs, Montana on June 11, 1961. Together they had three children, Julie, Butchie and Jerry.

Spending many years as a migrant logging family the Heggies settled in Laramie, Wyoming in 1968. Butch and Shirley stayed with the business, taking over the company in the early 80’s, both were active in the business.

Shirley took many trips with her husband Butch, who held his own pilot’s license.  An avid Broncos fan, she held season tickets and attended playoff games as well as several Super Bowls.  Forever community minded, she was generous in local sponsorships from providing the City of Laramie with its public Christmas tree, to supporting the County Fair and underwriting llama shows. She counted among her good friends people from all over Albany County. Her commitment to the support of her entire family was unflagging, and she was devoted to every aspect of her grandchildren’s lives.

She was preceded in death by her husband, Butch on January 10, 2009, and her parents.

Funeral Services will be Friday, June 10, 2022 at 1:00 pm at Trinity Lutheran Church in Laramie, A visitation will be held from 12:00 noon until 12:45 pm at the church prior to the services. Pastor Nathan Keith officiating.  Interment will follow at Greenhill Cemetery.

To order memorial trees or send flowers to the family in memory of Shirley Heggie, please visit our flower store.