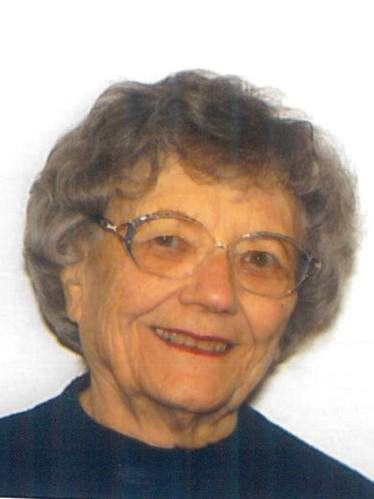 She was born in Pueblo, Colorado on August 11, 1925 to Joseph and Frances Trontell. On February 14, 1953, she was married to Robert Larson, who had been recalled to the military and assigned to serve in Kaiserslautern, Germany.

In 1956, she and her husband accepted teaching positions in Cheyenne where she taught until 1984.  During that time she was part of the faculty at Fairview and Bain schools.

She is survived by her loving husband Bob, of Cheyenne; her sister, Joan Carroll of Denver, CO and nephew, John Carroll of Aurora, CO.

She had been a member of Cheyenne Mineral and Gem Society and the Wyoming State Historical Society.    She was a member of Holy Trinity Catholic Church since 1957.

In lieu of flowers, please donate to your favorite charily in Shirley's name.

To order memorial trees or send flowers to the family in memory of Shirley Larson, please visit our flower store.