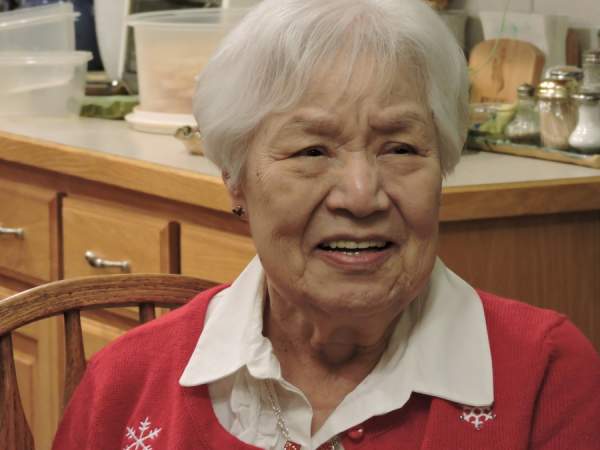 Susono was born on the 10th of May, 1925 in Fukuoka City, Japan to Mosaku and Kae Oishi.  She was the youngest of seven children.   She married a US Airman, Otto Norman White, on the 14th of November, 1951 at the American Consulate in Fukuoka City, Japan.  She graduated from the Watanabe Dressmaker School in Fukuoka and had received awards for her dress designs.  She worked as a seamstress at the Officer’s club at the Itazuke AFB. Japan.  Her husband retired from the US Air Force, after 26 years of service across 3 wars, at Scott AFB, IL. They lived in O’Fallon, IL until they moved to Cheyenne in 2007.

She was preceded in death by her parents, and her siblings, all in Japan; her husband, Otto Norman White in May 2016; her granddaughter, Jennifer Ritzen in March 2017; her grandson-in-law, Drew Ritzen in June 2020.

A graveside service will be held on Saturday, June 25, 2022 at 11:00 a.m. at Lakeview Cemetery with a reception to immediately follow in the Schrader Reception Center.

Thank you to all the health care personnel involved in her care.

To order memorial trees or send flowers to the family in memory of Susono "Sue" White, please visit our flower store.