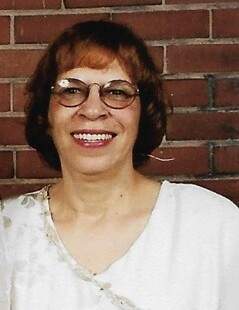 Terry received her certificate as a licensed practical nurse from LCCC and worked as an LPN in the emergency room of DePaul Hospital. She furthered her education to become a registered nurse. She continued working in the emergency room, and then eventually worked on the Transitional Care Unit of the DePaul Building for about 30 years until her retirement in 2004.

She was a voracious reader and imparted this love on her children. She was a jack-of-all-trades involving herself as a Girl Scout leader, room mother, sewing Christmas and Easter outfits for her six daughters, and being a surrogate mom for anyone who needed a safe space to fall. She loved to travel and take road trips to experience as many new places as she could. She always said “I never get lost, it is just a new adventure”.

Terry divorced in the early 80’s and in 1982 met the love of her life, Dave Angel. Terry would find any excuse to bring her family together and she and Dave hosted many family gatherings throughout the years. She was most happy when her family was around and became very sad when everyone left. She was our matriarch and will be greatly missed.

A celebration of Terry’s life will be held at the Buckle Club, located in Frontier Park, on Saturday, January 29, 2022 starting at 4:00 pm. Cremation is under the care of Schrader, Aragon, and Jacoby Funeral Home, 2222 Russell Avenue, Cheyenne, Wyoming 82001.

To order memorial trees or send flowers to the family in memory of Teresa Lamm, please visit our flower store.