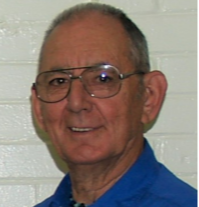 Terrence Rollin Sawyer, 87, of Cheyenne passed away January 2, 2023 in Cheyenne.

He was born February 18, 1935 in Canton, New York to Stanley John Sawyer and Della Edras Sawyer.  He married Loretta “Pauline” Sawyer on November 9, 1957 in Salem, Illinois. They were members of Free Will Baptist Church, Red Hats Society, The Christian Motorcycle Association ,Civilian’s On Patrol and Cheyenne Historical Genealogy Association. They danced with the Frontier Whirlers where he was a caller.

Terry  served during the Korean War.  He owned and operated Sawyer Motors for over 60 years.  He was a pilot for the Civil Air Patrol in Cheyenne.

He loved children because he was an oversized one and spit wads were his weapon of choice.

He was preceded in death by his Wife Loretta Sawyer, his parents and his siblings Lola Gilmour, Shirley Bartholow , Wally Sawyer and Max Sawyer.

To order memorial trees or send flowers to the family in memory of Terrence Rollin Sawyer, please visit our flower store.