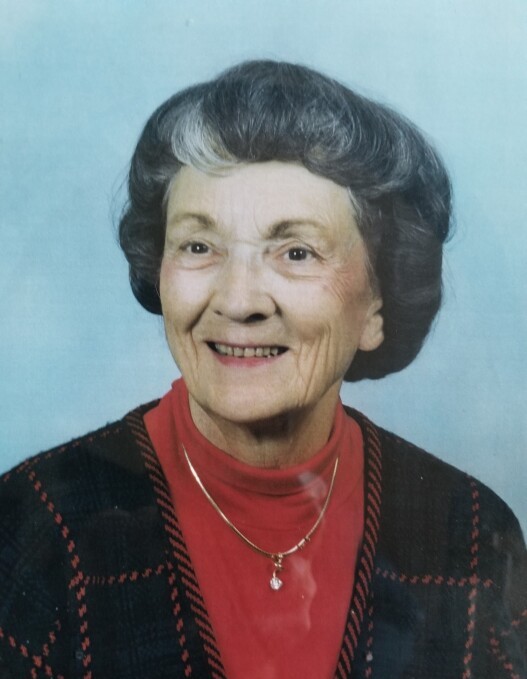 Therese Margaret “Terry” Murray, 99, of Cheyenne, Wyoming passed away peacefully on November 8,2020 at Davis Hospice Center in Cheyenne with family by her side.  Terry was the matriarch of a large and loving family who will miss her dearly.

Terry was born in Grand Island, Nebraska on November 4, 1921, to Frank J. and Mary E. Popp.  Her family homesteaded east of Douglas, Wyoming before moving to Glenrock and then to Cheyenne.  She attended St. Mary’s Catholic School where she met William M. “TC” Murray, whom she married on October 23, 1943.

Terry and TC raised four children in Cheyenne: Diane, Kate, Mary and Bill.  She was a devoted wife and mother and respected and beloved member of the larger Murray clan and the City of Cheyenne.  True to her homestead upbringing, Terry was strong, frugal, and resourceful.  She often said she did not mind when it rained because she was not sweet enough to melt.  But in fact she had a tender heart and unlimited love and loyalty for her family, friends and community.

Terry and her family were among the original founding members of the Holy Trinity Catholic Church when it was built in 1957.  She also played leadership roles in the DePaul Guild Foundation, serving as its president, and was active in the local Republican party.  A longtime member of the Cheyenne Country Club, Terry loved to play bridge and golf.

A Funeral Liturgy will be celebrated on Friday, December 4, 2020 at 1:00 p.m.  In-person attendance is limited to immediate family members only but others are welcome to participate on-line at www.schradercares.com.  The family plans to hold an in-person celebration of Terry’s life next summer.

In lieu of flowers, donations may be made to Davis Hospice Center, 6000 Sycamore Road, Cheyenne, WY 82009.

To order memorial trees or send flowers to the family in memory of Therese Murray, please visit our flower store.